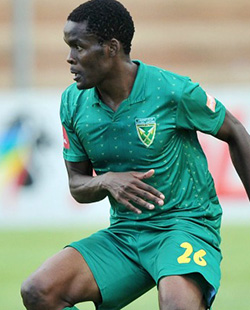 SOUTH Africa: Danny Phiri has signed a new Golden Arrows deal keeping him at the club until 2019, his agent revealed on Tuesday.

The Zimbabwean midfielder initially signed a one-year deal with Arrows, but after impressing coach Clinton Larsen, Abafana Bes’thende have given him a two-year contract.
Phiri’s manager Gibson Mahachi confirmed the latest developments to Zimbabwe’s Herald.
“It is good for the player, he has proved what he is worth within a short space of time,” said Mahachi.
Phiri joined Arrows from Chicken Inn in July last year.
The former Gamecocks skipper is one of three Zimbabweans on the Arrows books, with the others being Kudakwashe Mahachi and Knox Mutizwa.