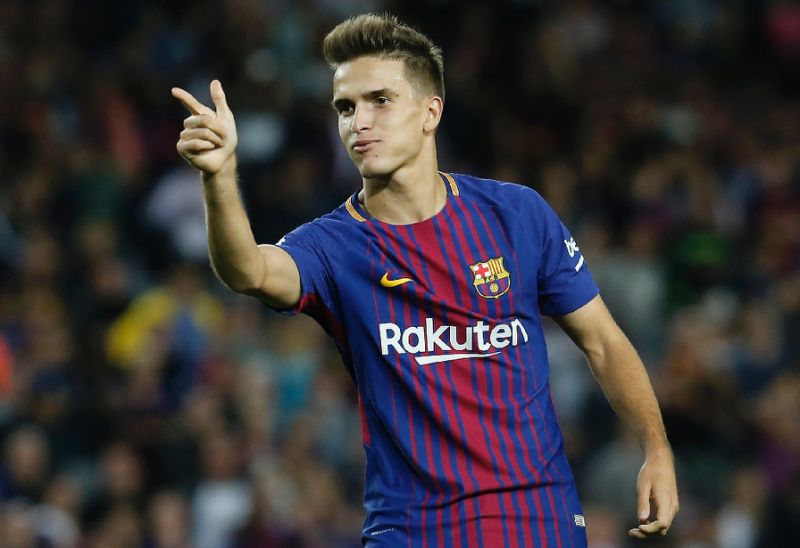 Arsenal head coach Unai Emery is ready to throw new signing Denis Suarez in at the deep end by handing him his club debut at Premier League champions Manchester City.

The Gunners travel to the Etihad Stadium for Sunday’s match after a quiet transfer window saw them recruit Suarez on loan from Barcelona until the end of the season.

The 25-year-old, who made two senior appearances for City during an earlier spell at the club, was the only arrival for Arsenal, who were hamstrung by a lack of funds for permanent signings.

The loan deal includes the option to sign Suarez full-time in the summer as the Spain international links up with Emery again, having played under his compatriot at Sevilla.

“I will make my decision tomorrow but if he starts I have confidence in him,” Emery said when asked if Suarez would go straight into the Arsenal team on Sunday.

“I know the player and he started to train individually yesterday. Today he was with the group. It’s good, his adaptation has been quick.

“He’s a player with quality and I think he can help us with his quality and also his ambition to do something important here. It’s a good challenge for him to help us.”

Victory for Manchester City would see them close to within two points of league leaders Liverpool, who travel to West Ham a day later.

Pep Guardiola’s side were Emery’s first opponents in English football as they ruined his debut by winning 2-0 at Arsenal in August.

Emery is expecting another difficult test but said his players were keen to show their abilities against such strong opponents.

“It will be a tough match — we are playing against the best,” he said.

“Now, with Liverpool, they are doing a very big Premier League this season. Maybe they have lost some matches but that is an accident.

“When they are home for us it is difficult. But we want to show everybody we can play. Every player has a big ambition to show their best quality.”

While Suarez is in contention to make his debut, Emery has also been handed a boost by the news that captain Laurent Koscielny is back in training after a jaw injury.