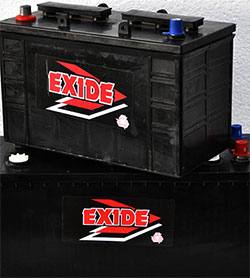 ART Corporation has reported a loss of US$1.6 million for the interim period to March this year from a profit of US$230,000 over the same period last year.
Group chairman, Passmore Matupire, said the company expects to commission US$1,8 million worth of equipment which is meant to improve efficiencies and increase capacity by year end.
The investment is aimed at helping ramp up production at Eversharp, as well as at the Kadoma and Battery factories.
“In addition to the capital expenditure, it is expected that the business will utilise US$2 million of shareholder funding which will reduce the current working capital constraints faced by the business,” said Matupire.
In terms of performance, the battery unit’s revenues fell by 6,5 percent due to lower volumes on the local market and in Zambia.
“In the Zimbabwe retail business, volumes were affected by reduced purchasing power of customers as well as competition from South Africa and Botswana which impacted on the margins.
“The Zambian market suffered from the decline in copper prices and the devaluation of the Zambian Kwacha during this period,” Matupire said.
Only the stationary unit achieved positive volumes.
“The persistent liquidity constraints in the economy as well as competition from imports significantly constrained the business’ ability to generate revenues to planned levels,” the group’s chairman added.
The stationary unit on the other hand recorded an 18 percent and 15 percent increase in volumes and revenue respectively on the back of strong demand for Eversharp pens during the back to school period.
The unit’s margins subsequently rose to 36 percent from 30 percent a year earlier as a result of improved capacity utilisation and cash flow.
In the paper division revenue fell by 25 percent as capacity utilization declined to 72 percent from 82 percent despite an improved performance in Softex.
However the devaluation of the rand which favoured cheaper imports from South Africa affected revenues of the unit which were down 30 percent.
Revenue from plantations also came in lower at 37 percent due to weak demand and lower prices although the situation has since improved during the second half of the year.Advertisement