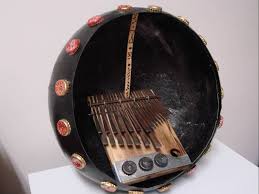 THE National Arts Council of Zimbabwe (NACZ) has joined the nation in mourning Mbira music maestro, Sekuru Gweshe who passed away on Sunday in Harare.

He is survived by three wives and 23 children.

In a statement Tuesday, NACZ extended its condolences to the bereaved family, describing the late artist as one of the best custodians of culture.

“National Arts Council of Zimbabwe Board Chairperson Prof Herbert Chimhundu, Board Members, Director Mr. Nicholas Moyo, Management and staff expresses its sincere condolences to the Gweshe family, the arts fraternity and the nation at large on the passing on of a talented mbira and traditional dance master practitioner Sekuru David Gweshe. Sekuru Gweshe who passed on Sunday, 19th May 2019.

“The nation has lost one of the best Intangible Cultural Heritage (ICH) custodians from Chiweshe, Mashonaland Central.

“Sekuru Gweshe played a vital role in the safeguarding of ICH through dance and mbira by transmitting the skills to the young generation for posterity.

“In the year 1977 he founded a traditional dance troupe Boterekwa which contributed tremendously in the promotion of Zimbabwe’s diverse cultural expressions,” the statement reads.

He released his debut single, Mhuri YekwaGweshe in the late 1970s.

His last release was Changamire Nyamweda in 2000.

The mbira guru played an important role in mentoring young artists across the country.

In the 1990s, he was commissioned by former Minister of Education, Sports and Culture, Dzingai Mtumbuka to teach mbira in tertiary institutions.