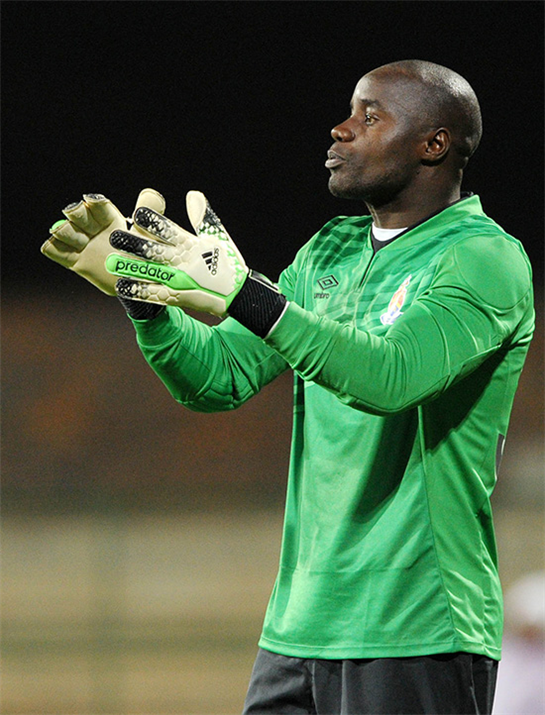 PRETORIA University goalkeeper Washington Arubi says he is happy to bounce back into the national team after a lengthy absence.
Arubi was one of the South African based players who arrived in the country on Tuesday night and took part in the next morning’s training session.
Other South African based players who also took part in training at the match venue include Mamelodi Sundowns players – Cuthbert Malajila, Khama Billiat and Kuda Mahachi, Chippa United defender Erick Chipeta and Partson Jaure who also turns out for Pretoria University.
Costa Nhamoinesu also participated in training while Mushekwi, Knowledge Musona, Mathew Rusike, Willard Katsande and Liberty Chakoroma were expected late in Wednesday evening.
Arubi last kept goal for Zimbabwe in the previous African Cup of Nations qualifying campaign under the guidance of Ian Gorowa.
He was overlooked for the match against Malawi which the Warriors won 2-1.
“It’s a great feeling to be back into the team,” Arubi said adding he was always committed to playing for the Warriors.
“I love my country and appreciate what the other goalkeepers have been doing for the national team.
“It will be difficult against Guinea. They are a very good side which plays a highly physical game but we are all looking forward to the game on Sunday.
“We need to give it our best because we are playing at home. We have to stamp our authority because Guinea will come at us with all guns blazing.
“They will be like hungry lions after they lost against Swaziland.”
Arubi, who kept eight clean sheets in the 29 League matches he played last season with Pretoria University, will take over the number one position from Tatenda Mukuruva who kept goal for Zimbabwe in the victory over Malawi in June.
The Warriors share top spot with Swaziland in Group L after Swaziland beat Guinea 2-1 in also in June.Advertisement