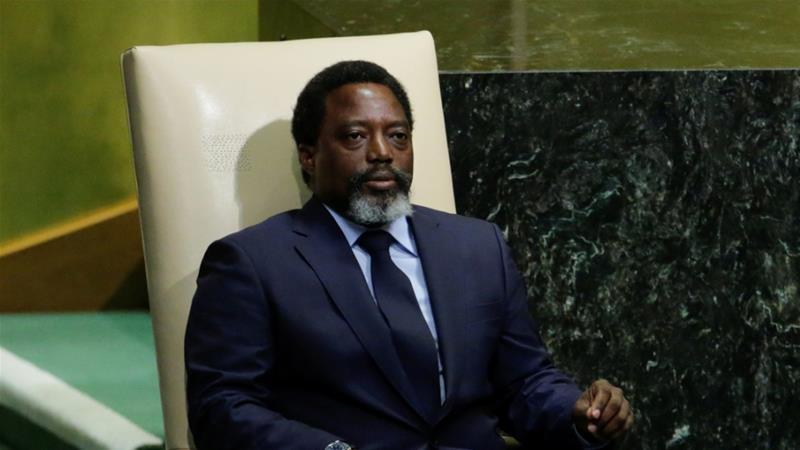 As votes are counted Monday in the Democratic Republic of Congo’s long-delayed presidential election, the internet was cut across the vast central African country, apparently to prevent social media speculation about the results.

The official results are to be announced on January 15, although preliminary results are expected within a week.

The ballot counting and compiling is taking place after an election day beset by problems but in which many Congolese showed a calm determination to register their votes.

Election observers reported multiple difficulties in voting for a successor to President Joseph Kabila, who is stepping down after 17 years in power. The election had been delayed since late 2016, prompting the opposition to charge that Kabila was trying to stay on past his mandate.

The election is hoped to enable the country’s first peaceful, democratic transfer of power since independence from Belgium in 1960.

Life resumed to normal in Kinshasa, the capital, after voting day in which electoral officials rushed voting lists to polling stations across the city. Many polls stayed open in the night to allow those waiting in line to cast their ballots. At least one Kinshasa polling station, only managed to open after the official closing time.

Among some 21 candidates, top opposition leaders Martin Fayulu and Felix Tshisekedi are challenging Kabila’s preferred successor, former interior minister Emmanuel Ramazani Shadary, who is under European Union sanctions for a crackdown on people protesting delays to the election.

In Kinshasa, an opposition stronghold, many voters reported trouble finding their names on the voting lists. Nearly 50 Kinshasa polling centers were idle for hours because lists of registered voters had not been delivered, electoral commission chief Corneille Nangaa told The Associated Press.

At stake is a country rich in minerals including those crucial to the world’s smartphones and electric cars, and yet DRC remains desperately underdeveloped with widespread corruption and insecurity.

Election unrest had been feared after a last-minute decision to bar an estimated 1 million people from voting because of a deadly Ebola virus outbreak in the east. The decision was widely criticized as threatening the credibility of the election and putting health workers in danger as people protest.

Citing the current Ebola outbreak in eastern DRC, the Kabila government postponed voting in the Ebola-affected cities of Beni and Butembo until March, long after Congo’s new leader is inaugurated in January, effectively cancelling the votes from those two cities, centers of opposition support.

But the people of Beni were determined to vote. On Sunday, well over 10 000 people lined up in Beni to stage their own election, vowing to deliver the results to the electoral commission. People cast paper ballots and sang in Swahili, “Voting is our right and nobody can stop us”.