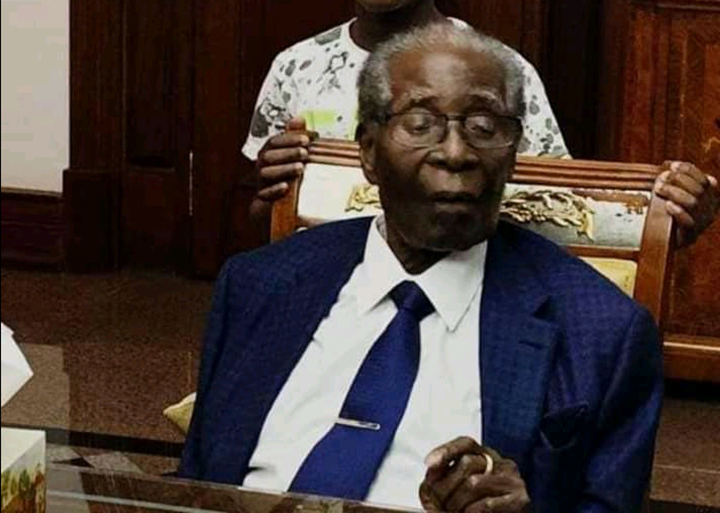 WHILE it’s unlikely that many Zimbabweans yearn for former ruler Robert Mugabe’s return, the occasion of his 95th birthday on Thursday has led some to see him in a softer light.

“Comrade Bob” was toppled from 37 years in power in November 2017 following a brief military takeover that saw him replaced by his one-time protege, deputy and latterly, political rival President Emmerson Mnangagwa.

Immediately after Mugabe’s resignation, there was an outpouring of joy and many people took to the streets to celebrate.

“We miss Mugabe. If he didn’t care, at least he pretended to,” Harare resident Anita Mugombedzi said. “If what we have seen so far is anything to judge by, Zimbabwe will be worse than it was under Mugabe at his worst.”

In the months after Mnangagwa took power, it became clear the security services were prepared to use deadly force to put down dissent — just as they had done under Mugabe.

Six people were killed after soldiers opened fire in downtown Harare following presidential elections in July, which Mnangagwa won despite rigging allegations and an appeal by the opposition.

In January, at least 17 civilians were killed according to community groups after a crackdown sparked by thousands of Zimbabweans taking to the streets to protest an overnight doubling of fuel prices.

There were also harrowing accusations by civilians of torture and sexual assault by the security services.

“Mugabe made mistakes but he was not as ruthless as those who took over from him. We thought things would be better under Mnangagwa but now many people are saying Mugabe was better,” said Edmond Jera, an unemployed accountant.

Mugabe’s birthday will not be publicly celebrated this year, and it will simply be a national holiday like any other.

Before his fall, his birthdays were week-long extravaganzas and he would receive cakes that weighed as many kilograms as his age along with lavish gifts including cattle and tributes from regime loyalists.

“The day is passing this year without the usual pomp and ceremony,” said Rashweat Mukundu, a researcher at the Zimbabwe Democracy Institute think-tank.

“Mugabe failed to leave a lasting legacy. He left a divided Zimbabwe. This should be a lesson to those in power today.”

Last year, Mugabe’s family and friends marked his first birthday since his defenestration with a low-key private birthday party at his Harare home attended only by members of his inner circle.

No senior government leaders were thought to have been present.

A pro-Mnangagwa march, originally planned for Thursday, will be held at the weekend, according to the ruling party’s youth wing.

“We are going to march in Harare to show support for our president,” said Zanu-PF’s youth leader Pupurai Togarepi.

But Togarepi diplomatically insisted that “we will remember the revolutionary work done by the former president”, calling him a “giant political icon”.

“They should have kept on honouring him rather than want him to appear like he did bad things throughout his rule,” he said. “That’s betrayal, and it’s unfair. He made mistakes like all humans do, but there are many things he did which make him better than those who are now in power.”

Mugabe and his wife Grace, whose apparent thirst for power was seen as one of the factors that sparked the military takeover, have made few public appearances since the nonagenarian’s removal.

He has given only two media interviews since leaving office. In one, he called his removal a coup, and in another on the eve of last year’s general elections he said he would not vote for his former party.

“That’s the reality when you are out of power in most African states,” said Ibbo Mandaza, head of the Southern African Political and Economic Series think tank.

“It’s either you run away and die in exile — or you just become obscure and irrelevant.”

Following reports last year that Mugabe was receiving medical treatment in Singapore, Mnangagwa told a rally in Mugabe’s village that the former liberation fighter was due to be discharged — but was no longer able to walk.

“Mugabe had his many transgressions,” said main opposition Movement for Democratic Change (MDC) party leader Nelson Chamise. “I see my colleague Mr Mnangagwa making an effort to double the catalogue of those transgressions.”