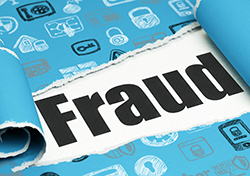 LONDON: ASA Resource Group announced on Tuesday that, further to its announcement on 4 April, its board had now received and considered the initial report it commissioned into anonymous allegations made in relation to Freda Rebecca Gold Mine, Zimbabwe, in which the group has an 85% interest.
The board of the AIM-traded company said it was “extremely disappointed” to report that there is strong evidence of funds amounting to several million US dollars being transferred from the accounts of FRGM to entities in China, without full value being received by FRGM.
As a result of the findings of the report and the lack of any explanation, the board removed Yat Hoi Ning from the board and from his post as chief executive.
The board also removed the group’s finance director, Yim Kwan, from the board and terminated, without notice, his contract of employment.
It said it had made a number of appointments, including Toi Muganyi as interim chief executive, Batirai Manhando as an interim executive director and Carla Mackay as interim finance director.
Both Muganyi and Manhando had long experience at FRGM and Bindura Nickel Corporation, the board said, and Mackay had more than eight years of experience in dealing with the group’s accounts and administration.
“The directors are satisfied that a number of anonymous allegations and press reports into matters at FRGM are unfounded and, particularly, that there has been no thefts of gold from the gold room at FRGM, nor had there been shipments of gold ore to China,” the board said in its statement.
“Ernst & Young, auditors to the group, who are already progressing their audit for the group’s financial year ended 31 March, will undertake further investigation. It is intended that a full procurement audit will be undertaken as necessary.”
The Directors said they had, and continued to, inform the authorities in all jurisdictions where the group carries on business of the relevant developments.
“It is anticipated that senior Zimbabwean directors of ASA, FRGM and BNC will the meet the relevant government ministries and authorities in Harare this week.
“The financial controller of FRGM was suspended from his duties on 10th April 2017 in light of perceived breaches of FRGM procedures.
“FRGM is following its own internal disciplinary procedures.”Advertisement

The company said it identified that funds were still to be accounted for by group subsidiaries managed from Hong Kong, which was a matter Ernst & Young would be attending to.
It added that the cash analysis revealed that there was a pressing need for cash at ASA, FRGM and BNC levels and that the matters now under investigation had prejudiced their normal cash flows.
“Steps are being taken to bring all cash management under the direct control of Carla Mackay and Jan Lampen – deputy finance director who already has been given a dual role of heading financial controls at BNC and FRGM.
“In consequence of the developments, a number of appointments made by Mr Yat Hoi Ning of Chinese managers and department heads are being rapidly reviewed and are likely to change.”
The directors said they knew that the news would come as a “shock” to many who placed their trust in Yat Hoi Ning and Yim Kwan, and they shared the consequent disappointment with a feeling that they had been misled.
At an initial meeting with the Workers Council at FRGM last week feedback was said to be “constructive” and the directors hoped that the workers would see that by those actions that the board “mean[s] business”.
“This is a very sad day for all who have been connected with ASA, Kwan and Ning,” said ASA chairman David Murangari.
“We feel very sorry that we have been misled and are only thankful that the anonymous allegations led to an inquiry as a consequence of which we have identified a lot of what has gone wrong.
“The executives in whom the directors reposed their trust were misled and so it was necessary for the independent directors to take decisive and rapid action.”