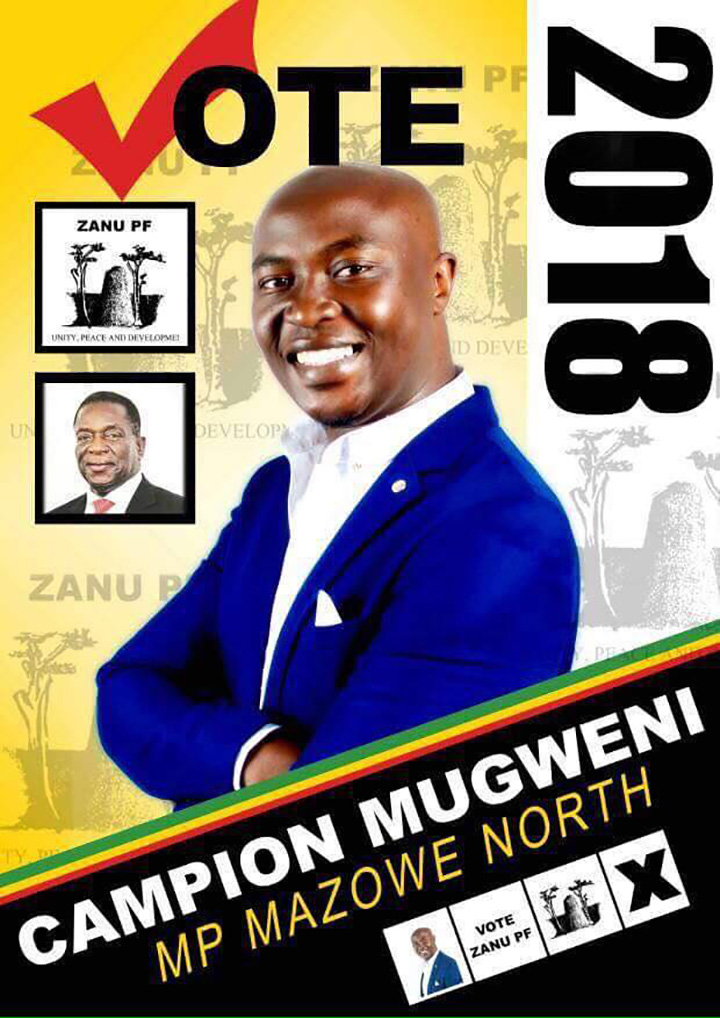 ZANU PF appears to have allowed a convicted criminal to take part in its internal elections to choose a candidate for Mazowe North constituency.

According to a notice issued by the US district attorney in Texas, Campion Takura Mugweni was in 2008 jailed for five and half years for tax fraud.

“A man who pleaded guilty to conspiracy to defraud the government with respect to claims Campion Takura Mugweni was today (August 27, 2008) sentenced by US district Judge ED Kinkeade to 66 months in prison,” US in the Northern District of Texas Richard Roper announced. A copy of the notice has been circulating on social media.

Mugweni, in mitigation for a variation of the sentence, reportedly stated indicated he was a citizen of Zimbabwe and would be deported after serving time according to Roper.

The aspiring Zanu PF lawmaker was caged for filing fraudulent income tax returns in anticipation for loans from banks.

Contacted for comment Saturday, Mugweni professed ignorance over the conviction, claiming instead that he had been dragged to court for maintenance by his wife.

“I don’t know that case. I have no case like that but I know my wife is being used by some people,” said Mugweni

Asked if he has separated with his wife Mugweni retorted: “She lives in my house but something is happening.”

He insisted he was never jailed for fraud in the US.

However, according to the Dallas Business Journal, authorities say Mugweni and a team of conspirators used personal identification information without authorization to file fraudulent tax returns.

They then used the fraudulent returns, which showed that tax refunds were owed, to obtain refund anticipation loans from federally-insured banks such HSBC Bank USA and Santa Barbara Bank and Trust.

At the time, Mugweni had been in custody following his arrest in 2007 and was forced to forfeit more than $40,000 in funds seized during execution of a search warrant and funds seized by IRS-CI (criminal investigation) from his bank accounts.

In addition, the US government begun legal proceedings seeking the forfeiture of Mugweni’s 2005 Hummer H2 and 2006 Land Rover vehicles.

See US justice department report below; 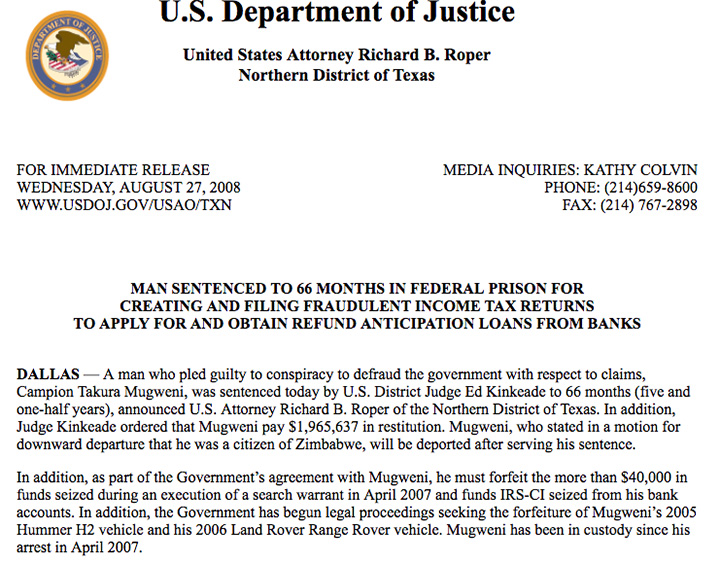 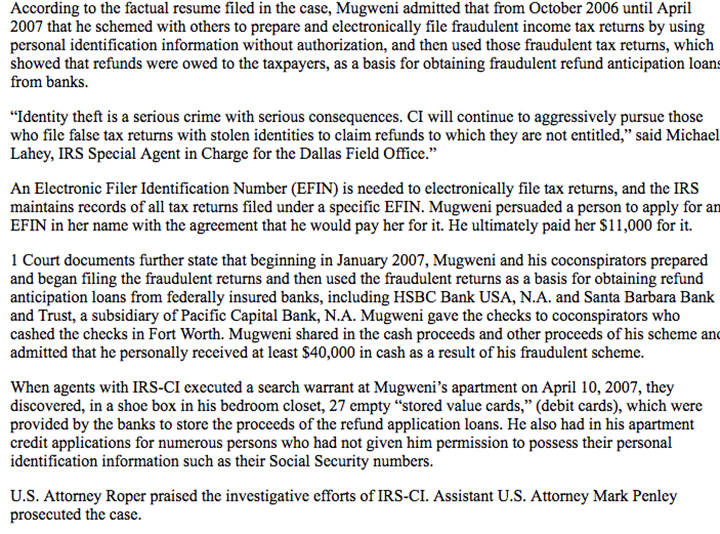