ASTON Villa boss Unai Emery is reportedly ready to offload out of favour Zimbabwe international Marvelous Nakamba as part of plans to rebuild a squad he inherited following the sacking of Steven Gerrard in October.

The Spaniard wants to rejig the Villa squad as best he can in the winter, and then go ahead with wholesale changes in the summer. 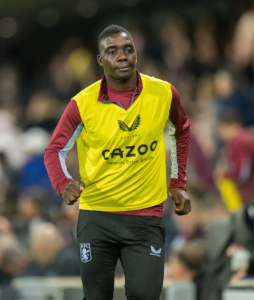 According to Birmingham Live, one who may not survive is Nakamba.

The 28-year-old was important during the early days of Gerrard’s tenure at the club.

However, he has now been out of the team, with the Zimbabwe international not featuring much since a knee injury in 2021.

Nakamba has not made a single league appearance for Villa this season although he collected some game time during the mid-season friendlies under Emery.

However, it would take an injury crisis for him to get a sustained chance to prove he has what it takes to earn a stay at the club.

Nakamba was yet again left out of the Aston Villa matchday squad as they fell to a 3-1 defeat to Liverpool.

In the buildup to the match Emery admitted that while he was happy with his squad, there could be departures either in January or at the end of the season.

“I am so happy with the players we have but one or two could leave. We can also add players to help us in the next month but we are moving in a good direction to add players who could help us improve,” Emery said.

“I was excited when I arrived here, I still am and will be when we can add in the transfer market. But it is not easy in January to add players to improve the squad but we are going to move to try and do it and the players that are here now are important because we are going to play two big tough matches before the window.”