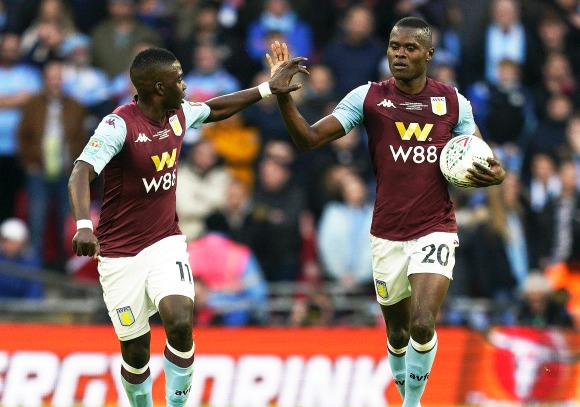 TANZANIA captain Mbwana Samatta has revealed his close friendship with Aston Villa teammate and Zimbabwe international Marvelous Nakamba as the duo look to mastermind the Birmingham-based side’s survival from the English Premier League.

The duo was reunited at Aston Villa this season having previously known each other when it plied its trade in the Belgian Pro League where Nakamba played for Club Brugge while Samatta was on the books of Genk.

Nakamba joined Aston Villa in August last year ahead of the start of the 2019/20 Premier League campaign, becoming the fifth Zimbabwean player to feature in the English Premier League after Bruce Grobbelaar, Peter Ndlovu, Benjani Mwaruwari and Tendayi Darikwa.

Samatta joined Nakamba at Villa five months later, as he made history by becoming the first Tanzanian to play in the English topflight league when he joined the club during the January transfer window.

The pair has enjoyed a good friendship since then and frontman Samatta has attributed the close relationship to similar backgrounds.

Asked who his best friend in the Villa dressing room is during a Q&A with the club’s fans on Aston Villa TV, Mbwana said: “I have a few, but I will go with Marvelous Nakamba. He is a guy I meet outside the pitch as well.

“He is a cool guy, he comes from Zimbabwe, and I come from Tanzania, it’s not far away. He knows the culture, and he knows the struggle.

“He is a good guy, he is quiet, and I am quiet as well – and he is always positive that’s what I like from him.”

The Tanzanian international has become a crucial player since his January signing from Genk and everyone will be hoping he can build on his decent start and two goals.

Nakamba has also been one of the most consistent players at Aston Villa, making 26 appearances in his debut season for Dean Smith’s side before the 2019-2020 Premier League season was suspended due to the coronavirus pandemic.

The duo of Samatta and Nakamba will be hoping to maintain positions in the starting line up when Aston Villa resume their quest to survive relegation at home against Sheffield United on June 17.

Before the season was suspended, Villa were 19th on the table and played in the last top-flight match on March 9 when they were thrashed 4-0 at Leicester City, leaving them two points adrift of safety.

Crucially for Villa they play six of their remaining 10 games at home.