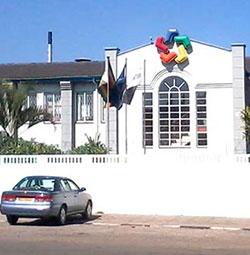 ASTRA Industries has reported an after tax profit of $604,000 for the six months to June compared to $444,000 last year buoyed by a slight growth in revenue and declining finance costs.
Revenues were up two percent to $14,7 million on improved aggregate volumes on the paints division following the coming in of new equity partners, Kansai Plascon and Hemistar, the company said.
Kansai, a South African company, owns the Plascon brands and independently owns 38,19 percent of the issued share capital of Astra. Hemistar is 51 percent owned by Astra Industries management and staff and the remainder is held by Kansai.
The chemicals division reported a five percent decline in revenues due to a limited product mix.
“Operating profit margin improved to six percent from four percent last year primarily due to cost to income ratio reduction by two percentage points.
The resultant profit before tax of $830,642 improved by 46 percent over the prior comparative period,” chairman Addington Chinake said in a statement accompanying the unaudited results.
No dividend was declared for the period under review.Advertisement