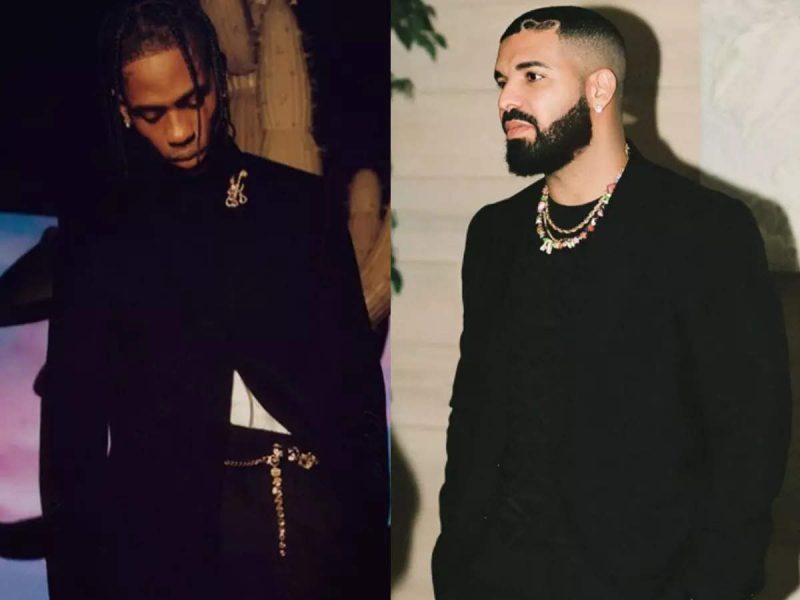 US rapper Travis Scott is facing multiple lawsuits after at least eight people were killed and hundreds injured in a crush at his festival Astroworld.

The lawsuits include allegations that Scott and surprise performer Drake incited the crowd, and that concert producer Live Nation failed to provide adequate safety measures.

The rappers and Live Nation have not responded directly to the suits.

Scott has said he is working to help the families of the victims.

The youngest of those killed at the Texas festival was just 14 years old.

The surge began at about 21:15 local time on Friday (02:15 GMT Saturday), when panic broke out as the crowd pressed towards the front of the stage during Scott’s headline set.

Lucas Naccarati told BBC Radio 5 Live that within three minutes of the rapper coming on stage, he “was pretty sure people [were] going to be dying”.

“You couldn’t move, you couldn’t scratch your own face, [that’s how] tight it was,” he said.

In a statement posted to Twitter, Houston police chief Troy Finner said he met with Scott and his head of security “for a few moments” prior to the event to express his concerns about safety.

As part of their investigation, police in the Texas city are looking into separate reports that somebody in the audience was injecting people with drugs.

Several concertgoers had to be revived with anti-drug overdose medicine, including a security officer who police said appeared to have an injection mark in his neck.

FBI Director Christopher Wray has said that the bureau is providing “technical assistance” to investigators.

What do the lawsuits say?

Houston-based lawyer Tony Buzbee announced on Monday that his firm was filing a lawsuit on behalf of 35 plaintiffs over the “gross negligence” that led to the tragedy.

Mr Buzbee said the lawsuit was against Scott and the event’s promoters and management, including entertainment company Live Nation, for failing to implement proper security and emergency response measures.

His firm is seeking a temporary restraining order that would compel Scott and all the entities named in the lawsuit to preserve evidence, including texts and other communications regarding the event.

Among those represented by Mr Buzbee is the family of Axel Acosta, a 21-year-old from Washington state who died in the stampede.

“When [Axel] collapsed, concert goers trying to escape their own suffocation trampled over his body like a piece of trash,” Mr Buzbee said.

Another suit filed by 23-year-old attendee Kristian Paredes accuses Scott and Drake of inciting “a riot and violence”, and claims the venue and Live Nation failed to provide adequate security and medical services.

The suit, seeking $1m (£741,000) in damages, says Mr Paredes “felt an immediate push” at the front of the general admission section, before “the crowd became chaotic and a stampede began”.

“Many begged security guards hired by Live Nation Entertainment for help, but were ignored,” it adds.

Mr Paredes is described as having suffered “severe bodily injuries”.

Scott, Live Nation and concert promoter Scoremore are also named in another suit seeking $1m in damages for Manuel Souza. Mr Souza is described as having suffered “serious bodily injuries when the uncontrolled crowd at the concert knocked him to the ground and trampled him”.

High-profile US lawyer Ben Crump announced on Sunday that he was also representing concertgoers in legal action following the crush.

He filed a lawsuit on behalf of 21-year-old Noah Gutierrez and said he expected to file more for other alleged victims in the coming days. “We will be pursuing justice for all our clients who were harmed in this tragic and preventable event,” Mr Crump said.

Scoremore, Live Nation and the Astroworld team said they had been assisting local authorities with their investigations, including providing information and sharing CCTV footage.

In a separate statement, Live Nation said it would “address all legal matters at the appropriate time”.

It is not the first time that Scott has faced legal action over a concert.

In 2018, he pleaded guilty to a public disorder charge after he was accused of encouraging people to rush the stage at a concert in the US state of Arkansas. According to a local newspaper, he also paid nearly $7,000 to two people who said they were injured at the event.

In his first statement after the crush on Friday, Scott said he was “committed to working together with the Houston community to heal and support the families in need”.

He has since promised to cover the funeral expenses for the eight concertgoers who died, and announced a partnership with online therapy provider BetterHelp which will see the company offer one month of free therapy for anyone impacted by Friday’s events.

Meanwhile, Drake posted a statement on Instagram saying his “heart is broken for the families and friends of those who lost their lives and for anyone who is suffering”.