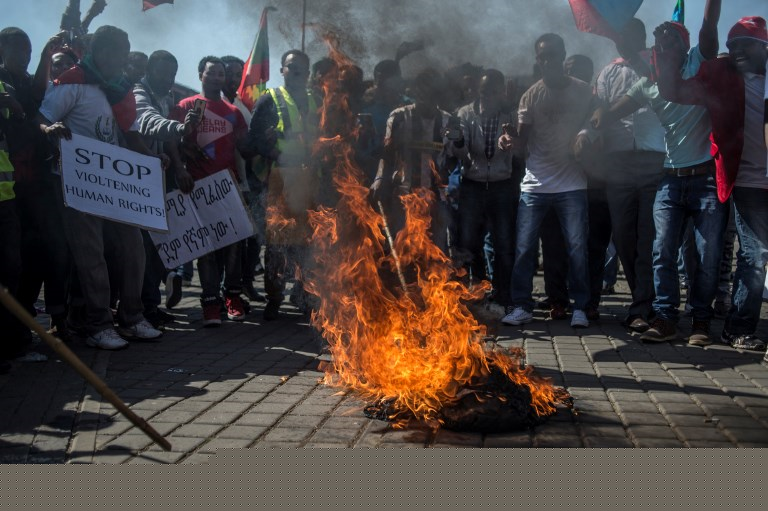 Opposition supporters have taken to the streets
Spread This News

At least 10 people have died in post-election violence in Guinea, according to the country’s security minister.

President Alpha Condé is currently leading according to results from the 14 constituencies announced by the electoral commission so far, Reuters news agency reports. There are 20 constituencies in all.

His challenger Cellou Dalein Diallou claimed victory and said the election was marred by “anomalies”.

He accused President Condé’s administration of modifying results in the incumbent’s favour.

President Condé has called for calm as the country awaits the official election results.

His controversial bid for a third term had led to protests before the elections during which at least 50 people died, according to Amnesty International.