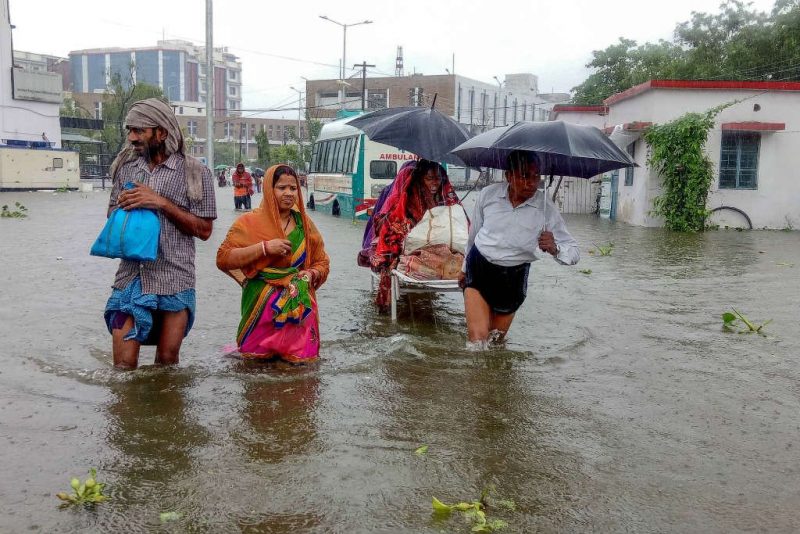 Patients wade through floodwaters on their way to hospital during heavy monsoon rain in Patna.
Spread This News

At least 100 people have died in northern India over the last three days in unusually heavy late monsoon rains which have submerged streets, hospital wards and houses, officials said on Monday.

Dozens of boats were pressed into service on streets overflowing with gushing rainwater in Patna, the capital of the eastern state of Bihar, after torrential downpours far stronger the norm.

At least 27 people have lost their lives across the state and another 63 in neighbouring Uttar Pradesh since Friday, authorities said. With more rain predicted, weather experts say September could end as the wettest in more than a hundred years.