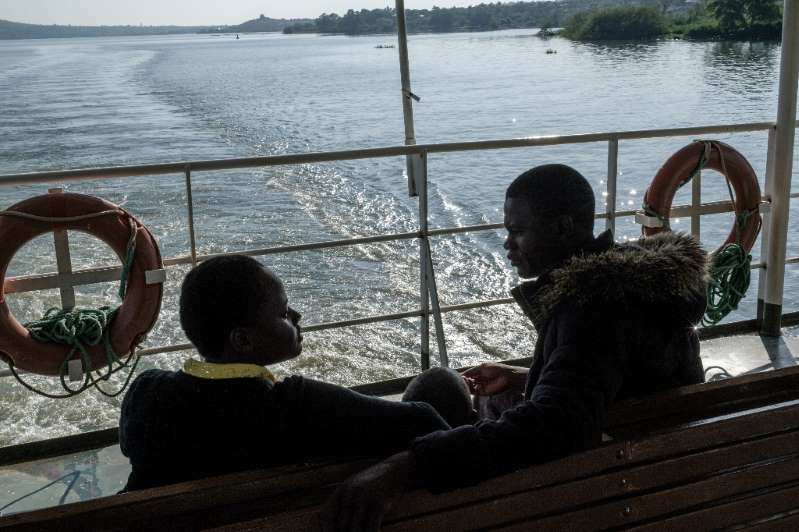 Thirty people drowned and more than 60 were feared dead after a pleasure boat sank in Lake Victoria, Ugandan police said Sunday, in the latest such incident on Africa’s largest body of water.

“Thirty bodies have been recovered and 27 people rescued,” said police spokesperson Zura Ganyana, adding the boat had sunk 150 metres (yards) from the lakeshore.

“According to one of the survivors there were more than 90 people on board,” said Asuman Mugenyi, director of operations for the Uganda police.

Witnesses claimed the vessel may have been rushed back into service following a renovation in order to take advantage of the profitable end-of-year party season.

Lawn games at the Mutima Country Resort, close to the capital Kampala, were pushed aside Sunday to make way for an open-air morgue where police collected the bloated bodies of victims.

Boat rides, with drinking, dancing and music, are popular on the lake.

“It’s a big party,” said Washington Serunjogi, whose sister Justine Namayanja was missing after taking the cruise on Saturday.

“Justine had been on three cruises before and I knew something was wrong yesterday because she always updated her WhatsApp and Facebook with selfies but last night she didn’t,” Serunjogi said.

Serunjogi said that, like many Ugandans, his sister did not know how to swim.

James Matovo, a 26-year-old youth leader at the Buzindere fish landing site who saw the boat capsize on Saturday evening, said it had been “cold and very windy” when the boat pitched over.

He said that rescue services were slow to respond.

“If people had help earlier so many more people would have survived,” Matovo said.

Instead, local fishermen went to help.

“We rushed to help but the passengers couldn’t swim and when we got beside them with our boats they grabbed us,” he said.

Matovo said some of the rescuers also drowned as a result.

“People kept coming on the fishing boats and (one man) was overwhelmed. He was pulled down and he drowned,” he said.

“I’ve seen a lot of accidents but nothing as bad as this,” said Matovo, who — along with other witnesses — had recently seen the boat being fixed up.

Richard Kikongo, a local official, described the distinctive boat — which sported shark-style teeth painted on the bow — as “not in good condition”.

The boat’s owner and his wife were among the dead.

Mugenyi said overloading and bad weather were likely to blame.

“We expect (the number of passengers) is beyond the capacity of the boat. It was overloaded and unfortunately people were drunk,” Mugenyi said.

“We suspect the mechanical condition of the boat and the weather contributed to the sinking.”

Lake Victoria is the site of many boat disasters. In September, hundreds died when the MV Nyerere passenger ferry sank on the Tanzanian side of Lake Victoria.

With a surface area of 70,000 square kilometres (27,000 square miles), the oval-shaped lake is roughly the size of Ireland and is shared by Tanzania, Uganda and Kenya.

Ferry accidents are not uncommon on the lake and the number of fatalities is often high due to a shortage of life jackets and the fact that many local people cannot swim.

In 1966, more than 800 people lost their lives on Lake Victoria when the MV Bukoba sank off the mainland town of Mwanza, according to the Red Cross.