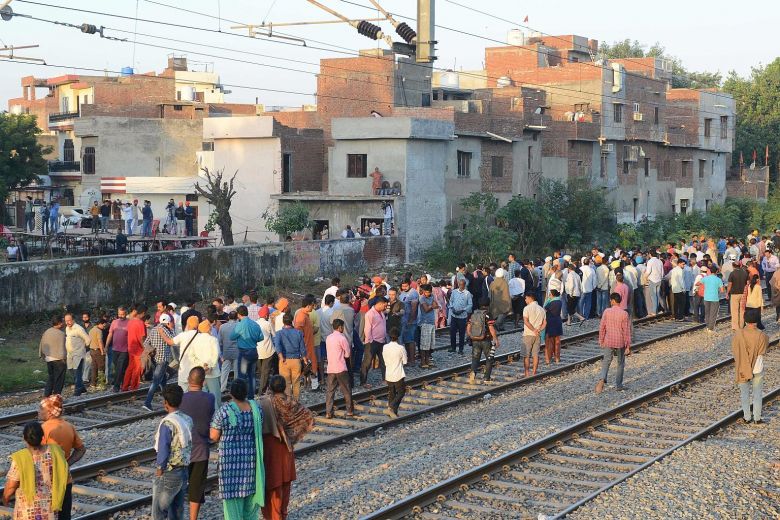 Indian Railway Board Chairman, Ashwani Lohani on Saturday said they should not be held responsible after a commuter train traveling at high speed ran through a crowd of people on the rail tracks in northern India killing at least 59 people on Friday, state officials said.

“It was a manned level crossing from both sides, and it was inter-locked and the track was made for trains to pass so as the train passed, the saddening incident happened, but the railway is not at all responsible for this incident,” Lohani said.

The incident makes it India’s worst rail disaster this year.

A Reuters witness at the scene saw bodies of victims strewn around rail tracks, friends and relatives stood around in shock, many were sobbing and appeared distraught. An officer in the police control room said it was hard to confirm the toll as there were dismembered body parts all over.

“Now a total 40 dead bodies has been brought to the hospital and apart from that, the 51 injured patients who were brought here, eight have been referred to the Medical College and some patients have also been taken directly to the medical college, and there too at least 20 dead bodies were taken,” said Chief Medical Officer, Hardeep Singh.

Hundreds had gathered to watch the burning of an effigy as part of the Dussehra festival celebrations, when a commuter train ran through the crowd.

The state police chief said emergency officials were still trying to ascertain the extent of the disaster on the outskirts of Amritsar in Punjab state.

India’s state railways, largely built during colonial rule, have an appalling safety record after decades of underinvestment in rail safety infrastructure, as the priority has remained more on keeping fares low for the 23 million passengers who use the network daily.