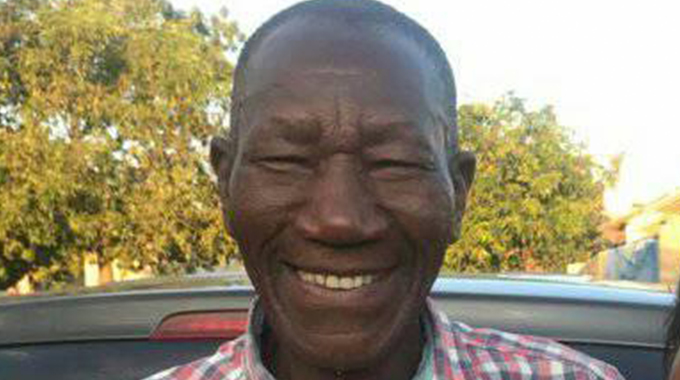 The late Artwell Mandaza
Spread This News
By Sports Reporter

He was 73.
His death was confirmed by his son, Durai Mandaza who revealed the revered sprinter died of heart attack at Nzvimbo village in Chiweshe on Monday morning.
Six years ago, Mandaza suffered a stroke that incapacitated him for almost two years before his recovery.
Widely regarded as the fastest man in Zimbabwe’s pre-Independence era, Mandaza, grabbed global attention in 1970, when he became the first African to break the 10-second barrier after clocking a world record-equalling 9,9 seconds in the semifinals of the 100 metres at the South African Bantu championships at Welkom, South Africa.
The record was disallowed because of a following wind of 4,27 metres per second (2m is the maximum allowed), but after clocking 10,3 sec in an earlier heat, he won the final in a legal 10,2 seconds — the fastest time ever by a local athlete.
Although not recognised, Mandaza’s 9,9 seconds did make him the fastest man in the world that year, along with Cuban Pablo Montes while his legal best of 10,2 seconds put him in joint eleventh in the world for 1970.
He was also Zimbabwe’s first black Sportsman of the Year, a feat he achieved in 1970 in what was then Rhodesia.
However, for all his achievements both locally and abroad, Mandaza never realised his full potential as Rhodesia was under sanctions, which effectively disqualified the pariah state from the Olympic Games.
Mandaza is also famous for having competed against a horse over 60 metres at the Borrowdale Race Course in 1984 as part of a fundraising campaign for the Zimbabwean team ahead of the Olympic Games later that year.
He reportedly died in penury in his rural village and had nothing to show for his extraordinary achievements as a world renowned athlete and a coach in the later years of his life.
The Sports and Recreation Commission led the tributes for Mandaza, describing him as one of Zimbabwe’s greatest Sports persons of all time.
“It is with a deep sense of sadness and sorrow that we have received the news of the passing of one of our greatest athletes ever to emerge from our beloved country Artwell Mandaza who passed on earlier today,” SRC said.
“Artwell made an indelible mark during his era in the pre-independence period where he distinguished himself as a highly talented athlete who went on to become a sprint specialist and a champion of that time. Artwell, though he was retired, was one of the first inductees of the Zimbabwe National Sports Hall of Fame in 2005 alongside such other athletes like George the “Mastermind” Shaya, Nick Price, Dave Houghton among others.
“This was in recognition of his immense contribution to the role that he played in athletics and sports in general,” the statement said.
SRC described Mandaza’s demise as a huge loss to the Zimbabwe sports fraternity.
“The sport sector and in particular Athletics is now poorer without Artwell as it had gained immensely from his experience and exposure over the years.”