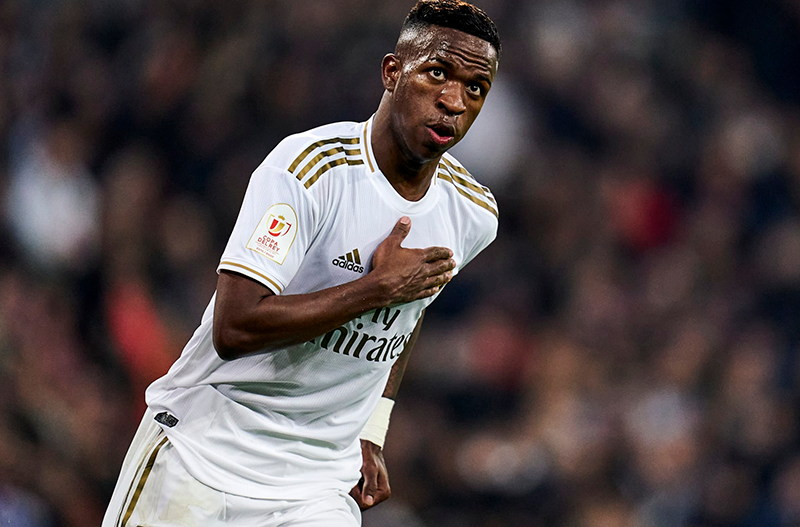 MADRID: Atlético Madrid on Tuesday condemned the racist chants made by some of its fans against Real Madrid forward Vinícius Júnior and pledged to work with authorities to identify those responsible.

A group of Atlético fans outside the Metropolitano stadium chanted “Vinícius, you are a monkey” before Madrid’s 2-1 win in the city derby on Sunday. Atlético could face the closure of the Metropolitano for a few games depending on the outcome of an investigation.

“Our club has always been known for being an open and inclusive space for fans of different nationalities, cultures, races, and social classes, and a few cannot tarnish the image of thousands and thousands of Atleti fans who support their team with passion and respect for their opponents,” the club said.

“These chants provoke enormous repulsion and indignation,” Atlético added in its statement. “We will not allow any individual to hide behind our colors to utter insults of a racist or xenophobic nature.”

The club condemned “the unacceptable chants that a minority of fans made outside the stadium.” It pledged to immediately expel any of its members who participated.

The Spanish league similarly said “hate speech has no place in La Liga” and vowed to “work with the clubs and the authorities to identify and bring to justice any such case.” It plans to file its official report to the Spanish federation, which will weigh disciplinary action against Atlético.

The derby had been surrounded by controversy after Vinícius’ dances during recent goal celebrations were criticized by a guest in a popular sports talk show who used racist language. That prompted the 22-year-old forward, who is Black, to make a strong statement against racism, saying he believed his actions on the field were “being criminalized” and that his success as a Black Brazilian man in Europe was “annoying” to some.

After fellow Brazilian Rodrygo scored Madrid’s first goal on Sunday, he and Vinícius did their samba-like moves by one of the corner flags, fulfilling their promise to keep dancing despite the criticism.

Some Atlético fans threw objects at them.

It wasn’t the first time Vinícius was subjected to racist taunts. It happened last year during a “clásico” against Barcelona at the Camp Nou. There were also cases against other players, including Athletic Bilbao’s Iñaki Williams.