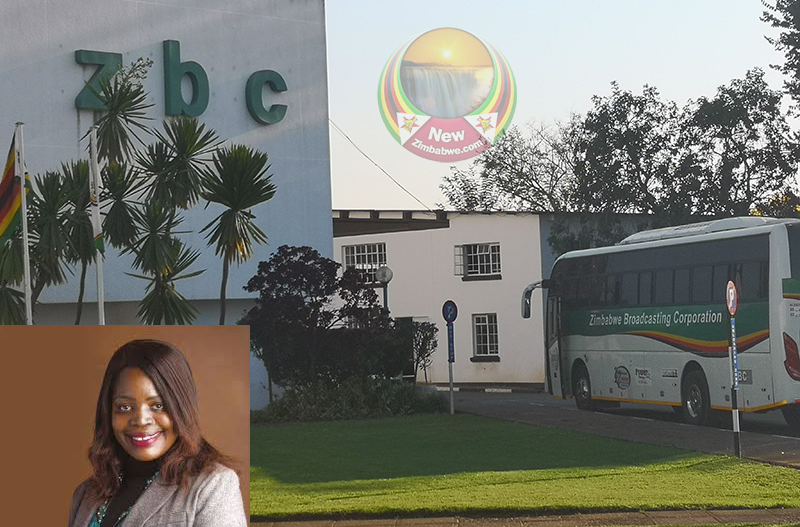 *Below is a statement emailed to media houses and also copied to the Clerk of Parliament about the situation at the Zimbabwe Broadcasting Corporation (ZBC. The ZBC Board Chair Mr. J. Tayi and CEO Ms A. Chikunguru held a Press Conference and ZBC Newsonline published the statement.

NB: Capitalised notes have been added to set the record straight on the issues highlighted on the day.

The Zimbabwe Broadcasting Corporation board chairperson, Dr Joseph Tayi said the corporation’s financial situation had improved significantly and the organisation had therefore put in place a plan to pay outstanding pension contributions for retrenched and existing employees. He said this during a press conference held at the Pockets Hill studios. We publish below the full statement from Dr Tayi:

Sometime in 2015/16 ZBC retrenched over 500 employees and some of these employees have been unable to access their pensions due to the financial constraints that have existed over a period of time. It is against this background that we wish to announce that in the past year, ZBC has implemented a quick turnaround strategy in order to address these financial constraints. These initiatives have been bearing fruit evidenced by the improved revenue position that the corporation now enjoys. The ZBC Accumulation Scheme which is administered by Old Mutual Life Assurance Company and has around 1,100 members. The fund has more than ZW$200m as at 31st Dec 2021. This amount could be much higher as at today and is proportionately credited to individual account holders.

A request was made that the fund pays out pension benefits as per fund rules 5.1.1 to:

The Board has resolved for the payment of the pension fund to beneficiaries and once all internal processes have been completed, a formal announcement will be made to beneficiaries by the Fund Manager Old Mutual.

NO ONE HAS RECEIVED THEIR RTGS25000 YET, BY THE TIME THEY GET IT THEY WON’T BE ABLE TO BUY A PAIR OF UNDERWEAR.

ZBC ‘s financial position has improved significantly mainly buoyed by the Licensing initiatives being employed. Revenues are currently totalling some ZWL$1,4 billion YTD compared to some ZWL$94 million YTD for the same period last year. This is a revenue jump of some 1 513%.

HOW COME AN ORGANISATION WHICH HAS IMPROVED ITS FINANCIAL POSITION FAILS TO GIVE EMPLOYEES OPERATING FROM THE ZAS AN ALLOWANCE? LUNCH IS BEING TRANSPORTED FROM ZBC POCKETS HILL TO ZAS GROUND, A WHOLE ADULT WHO IS WORKING BY THE WAY GETTING A SINGLE BURGER AS A MEAL FOR THE WHOLE DAY.

The Corporation has been working to comply with corporate governance protocols. In order to achieve this, the Auditor General’s Office is on site auditing ZBC’s books and the audited results will be made public and accessible to stakeholders that may want to view them. An AGM is scheduled for the third quarter of the year. As ZBC Financial Situation improves, the organisation has started to re-tool the organisation, purchasing also the necessary tools of trade for employees. Below is an extract of some of the CAPEX purchased YTD using own funds. This amount adds to some ZWL$95 million considering the recent purchase of a NEW UPS System for Pockets Hill. Employee welfare remains at the core of our operations and to date the following have been achieved since June 2021.

EMPLOYEES LIFESTYLE HAS DETERIORATED FOR THE PAST YEAR. BEFORE  EMPLOYEES WOULD GET THEIR SALARY MONTHED THEN ON THE 15TH OF EVERY MONTH THEY WOULD GET THE US50 COVID ALLOWANCE. THIS ENSURED ONE HAD MONEY THROUGHOUT THE MONTH. ADELAIDE HAS FAILED TO PAY COVID ALLOWANCE IN US$ AND EMPLOYEES AGREED TO RECEIVE IT AS RTGS BUT SHE HAS SINCE FAILED TO PAY THAT IN THE LOCAL CURRENCY STILL.

ZBC’S WORKERS COMMITTEE HAD SOURCED FOR AN EXCELLENT HOUSING SCHEME DEAL WERE EMPLOYEES WERE PAYING US$50-US$100,  MOST EMPLOYEES HAVE HAD TO DROP OUT OF THIS SCHEME SINCE ADELAIDE FAILED TO PAY THE USD NOSTRO ALLOWANCE. NO ENOUGH SALARY, NO NOSTRO ALLOWANCE, DESTROYED HOPE FOR HOUSING OWNERSHIP.

Employees were not on medical aid, funeral policy as well as pension fund. Due to legacy issues, contributions to both NSSA and ZIMRA were in arrears.

THIS WAS ALSO A LIE. EMPLOYEES WHO HAVE BEEN WITH ZBC FOR 1+ YEARS  WERE ON PSMAS MEDICAL AID AND IT WORKED PERFECTLY AS LONG AS REMITTENCES WERE MADE. YES THEY HAVE ADDDED CIMAS AS A CHOICE BUT ITS NOT ACCURATE THAT ZBC DIDNT HAVE A MEDICAL AID ALL THESE YEARS. THERE WAS A BEREAVEMENT FUND WHICH WAS EMPLOYEE FRIENDLY COMPARED TO WHAT THEY INTRODUCED NOW,   A CERTAIN AMOUNT WAS GIVEN WHEN ONE LOST CLOSE RELATIVES TRANSPORT WAS ALSO AVAILED BUT NOW COMPANY DOES NOT ASSIST EMPLOYEES EVEN WITH A PACKET OF SALT.

This has since been resolved and ZBC employees are now on a working medical aid (either CIMAS/PSMAS) as well as a funeral policy. We are also currently working on a Group Life Assurance Cover for all employees and a new pension fund with Old Mutual.

ZBC employees are currently earning above their NEC’s pegged wages. Salaries have been reviewed a record four times since June 2021 with a recent increment averaging 90% awarded just last week.

THE TRUTH A PERCENTAGE OF NOTHING AMOUNTS TO NOTHING. PAYSLIPS ARE AVAILABLE COME AND HAVE A LOOK AND HAVE A COMPARISON WITH NEC’S PEGGED WAGES.

We continue to examine other areas of improvement of staff welfare such as the Safety Health and Environment that employees operate in. We have employed a full time SHEs resource to assist us in implementing a safer working environment and create a new work culture for the benefit of all our employees and our stakeholders.

THIS PERSON HAS NO KNOWLEDGE OF THE ENVIRONMENT SHE OPERATES IN. HER FOCUS IS ON TOILETS SINCE SHE CAME. VISIT TODAY AND SEE THE STATE OF THE ABLUTION FACILITIES WE HAVE TO ENDURE AND ARE BEING SAID TO BE MISUSING. KANA DZEPAMBARE HADZINA KUDARO.

We are currently on a robust content acquisition drive for all our platforms. To date we have acquired some 19 new titles for ZTV and are in the process of changing the face of ZTV as well as the quality of our productions for the benefit of our audiences. We remain thankful to our audiences who have continued to be loyal to ZBC channels registering a growth in audiences on all our platforms.

THE SCREEN SPEEKS FOR ITS SELF. WHICH NEW PROGRAM HAVE YOU SEEN ON TV YET? “19 NEW TITLES” WOULD HAVE CHANGED THE STATION BY NOW. HOW COME THERE ARE SO MANY REPEATS, PERSONALLY I HAVE WATCHED THE SAME EPISODE OF WENERA 3 TIMES. THIS WAS ANOTHER HUGE LIE WHICH JOURNALISTS CAN PROVE EVEN TODAY IF THEY WANT TO.

STANDARDS HAVE GONE DOWN; EMPLOYEES ARE DEMOTIVATED. LIES WILL NOT TAKE THE ORGANISATION ANYWHERE. THE SAD PART IS THAT THE BOARD CHAIR HAS JOINED IN ON ADELAIDE’S LIES THE MINISTRY UNBOTHERED AND GOVERNMENT SILENT. THERE IS NO HOPE FOR THE BROADCASTER.