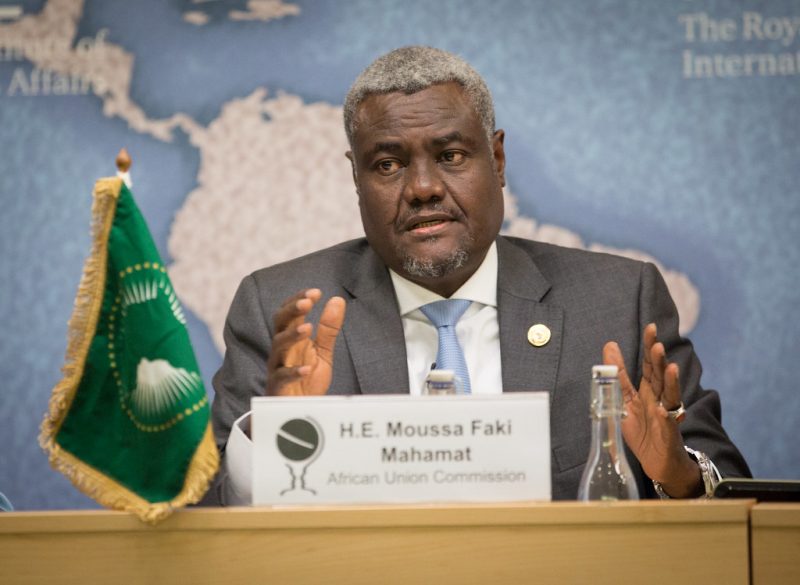 THE African Union Commission (AUC) has added its voice to rising human rights abuses in Zimbabwe, calling on President Emmerson Mnangagwa’s administration to uphold the rule of law.

In a statement Monday, AUC chairperson Moussa Faki Mahamat said the commission was following closely, political developments in Zimbabwe hinting authorities were taking advantage of the Covid-19 pandemic lockdown to suppress the rights of citizens.

“Cognisant of the existing harsh socio-economic situation in the country, the chairperson urges the Zimbabwe authorities to respond to the pandemic ensuring that the national response is premised on human rights as enshrined in the 1981 African Charter on Human on Human and People’s Rights,” the AUC said.

The continental bloc expressed concern over reports of disproportionate use of force by the security forces in enforcing Covid-19 emergency measures and implored the authorities to exercise restraint in their response to peaceful protests.

He encouraged the government of Zimbabwe to uphold the rule of law allowing for freedom of the media, assembly, association and the right to information.

His remarks come when Mnangagwa’s administration has come under siege as several foreign governments and organisations have registered displeasure over the Zanu PF led authority’s conduct in suppressing human rights.

The protest action was aimed at raising alarm against corruption and economic challenges which have seen inflation reaching a decade high of 800%.

Politically, the embattled nation remains divided with less hope of any constructive dialogue to salvage the nation from the current crisis.

“The chairperson reaffirms the AU’s commitment and support to the government and people of Zimbabwe in their endeavour to deepen democracy in the country in line with the African Charter on Democracy, Elections and Governance.”

However, the government maintains there was no crisis in Zimbabwe and according to Information Ministry secretary, Nick Mangwana; the so-called challenges were a creation of Zimbabwe’s detractors.