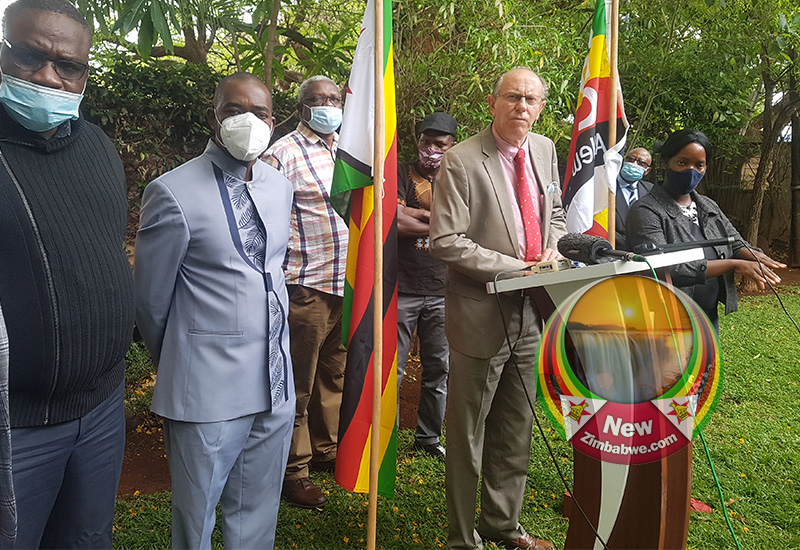 AN audit report by Auditax International has revealed no money was abused by MDC Alliance from the period of the opposition’s Gweru Congress last year up until December last year.

Presenting a brief of the audit findings in Harare Tuesday, party Treasurer David Coltart dismissed allegations the party was in the red following alleged abuse of public funds channelled to it under government’s political parties financing window.

The rival Thokozani Khupe led MDC-T faction had accused Alliance leader Nelson Chamisa and some of his senior officials of stripping the opposition of its assets and squandering $7 million received under the Political Parties Finance Act.

After seizing control of Morgan Richard Tsvangirai House headquarters, MDC-T secretary general Douglas Mwonzora told journalists they were conducting their own audit to ascertain how the $7 million was used.

But the audit report by the international firm gave MDC Alliance’s coffers a clean bill of health.

“In our opinion, the financial statements give a true and fair view of the financial position of MDC Alliance as at 31 December 2019, and the results of its operations and its cash flows for the year then ended in accordance with the International Financial Reporting Standards,” read a comment by the company.

Auditax was tasked with identifying risks associated with deliberate and mistaken misstatements of financial statements, obtaining an understanding of internal control and appropriateness of the MDC Alliance accounting systems.

Coltart blamed the delay in publishing the report on an absence of funding after their money was channelled to the Khupe faction.

Said Coltart: “These accounts show that we were in the black at the end of the year.

“Obviously, the cutting off of government funding (a complete breach of the constitution) from a party with a membership support base running into hundreds of thousands and transferring it to a party that has at best 45 000 supporters had a critical, a damaging effect obviously on our cash flow.

“We were entitled to $7 million…because of that, we were unable to meet our financial obligation to the accounting firm.

“Thankfully we have now, through our supporters and members worldwide, raised sufficient funding to pay the firm of accountants.”

The Political Parties Finance Act dictates political parties with at least five percent of the national vote receive government funding in relation to votes garnered after a general election.