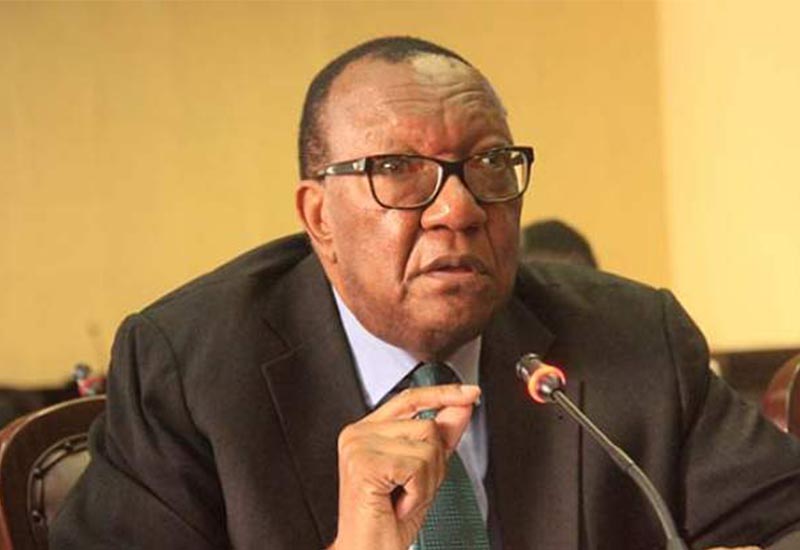 Joseph Made was Mugabe's last Agriculture Minister
Spread This News

THE Grain Marketing Board (GMB)’s current board verbally appointed by former President Robert Mugabe’s last Agriculture Minister Joseph Made some, hours before the then Zanu PF leader was removed from power in a blood-less coup, is still to be regularised, Auditor General Mildred Chiri has observed.

In her latest Audit report, Mildred Chiri stated that the irregular appointment of the board risks compromising management of the GMB.

According to Chiri, the board’s tenure expired on November 14, the same day military tanks began to be seen in and around the capital, Harare, before the army, then led by now Vice President Constantino Chiwenga, moved in and placed Mugabe under house arrest.

Chiwenga had addressed a ground-breaking press conference on November 13 threatening that the military would “not hesitate to step in” if Mugabe did not stop the abuse and purging of war veterans from senior leadership positions in government and Zanu PF.

A week earlier, then Vice President and now State President Emmerson Mnangagwa had been sacked from both the party and government, triggering a chain of events that led to the coup and his return to assume power two weeks later after Mugabe had tendered his resignation.

Chiri in the report observed that Chikaura was given the green light to renew another term for his board by Made through word of mouth.

The board chairman, via the same means, informed other members that their terms had been extended.

Over one and a half years later, there is still no documentation verifying this.

“There was no formal documentation to show that the board’s tenure had been extended following its expiry on November 14, 2017.

“On inquiry, I (Chiri) was informed that the Board Chairman notified the Minister of Agriculture, Mechanisation and Irrigation Development of the expiry of the Board’s tenure who then verbally extended the term,” the Auditor General said.

“The other members were then informed verbally by the Chairman that the board’s tenure had been extended,” reads the report.

Chiri has raised the red flag on a slew of misdemeanors within State institutions including outright corruption as well as abuse of office that the Zimbabwe Anti-Corruption Commission has indicated it will be pursuing.

Government has indicated it will cooperate with crime fighting units to bring those accused of abusing public funds to account.