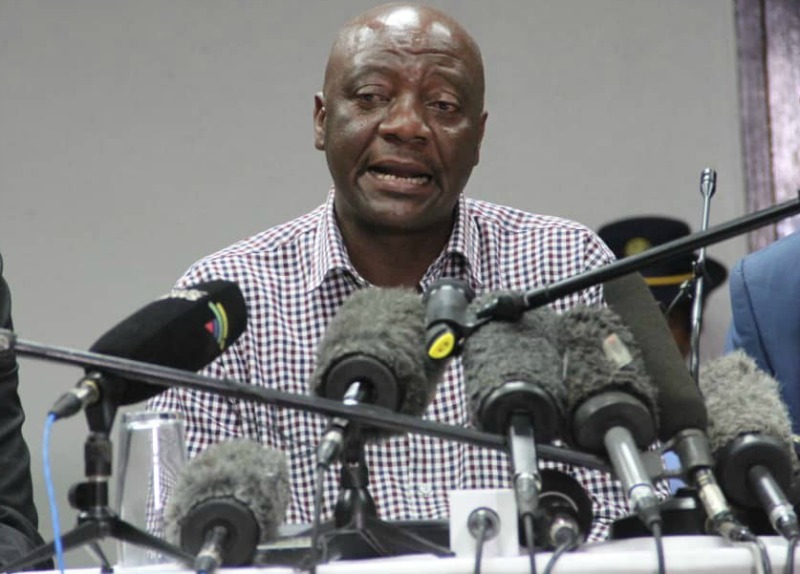 THOKOZANI MAPHOSA, husband to Sylvia Maphosa who was allegedly shot and killed by the army during the August 1 post-electoral violence on Wednesday narrated a heart-rending account of how he learnt of his wife’s cruel death through an image of her lifeless body that started circulating via social media.

He was recounting the sad events before the on-going Commission of Inquiry into the Harare violence that killed six and left nearly a dozen injured.

Maphosa said as per daily routine, and on the fateful day, he drove his wife and son to their different workplaces in the morning, first dropping the son off and secondly, his now late wife.

“I dropped my wife off at her workplace at ZINWA at the intersection of Speke Avenue and Second Street and it was around 7.45 am,” said a tearful Maphosa.

“We bade farewell to each other and, by then, everything was well and little did I know that this was the last time I was going to see my wife alive.

“I went back home since I am no longer employed and spent the whole day there. I only started communicating with my wife at around 3.30pm when she was still at her workplace.”

At that time, Maphosa said, he was inquiring from his wife on the situation in the city centre and if it was possible for him to come and pick her. She advised him not to as there were wild protests which made it unsafe to do so.

Instead, she said, she was going to make arrangements through her workplace to find her way home after the company had advised workers to knock off early because of what was a volatile situation unfolding.

Unbeknown to him again, that was going to be the last time he was ever going to speak to his wife.

Maphosa said he got to know about his wife’s tragic death when his son called later and advised him to go through a WhatsApp message he had forwarded him and it turned out the image that was circulating was that of his wife who had been shot.

“I opened the image immediately only to I realised it was that of my wife,” he said.

Maphosa said he then called his son back and arranged they met at a service station at Southerton so they could begin the cumbersome task of tracing where his wife was and also to know her fate.

This forced them to make two trips to Harare Central Police after earlier advise by a police officer from whom they first inquired took them to Parirenytwa Hospital where they failed to find her in any of the wards.

“We then decided to go back to Harare Central police where we were attended to by a different police officer from whom we inquired on whether they now had any information about Sylvia.

“After we mentioned her name, he told us that he indeed had heard of the name and that she was dead,” Moyo said, dropping his face in distress.

The August 1 killings claimed six civilians, among them, people who had nothing to do with the protests which were torched by claims of vote fraud by hordes of perceived MDC supporters.

Appearing before the Kgalema Motlanthe led probe team over a week ago, military and police commanders denied any of their troops ever fired directly at protesters.

They blamed the deaths on the militant MDC youth group commonly known as the Vanguard as well as some unnamed business operators in central Harare who allegedly fired some rounds in attempts to protect their properties from looters.

The MDC insists those who died were killed by soldiers who were deployed to quell the wild skirmishes.