HARARE: There was awkward momentary silence Friday at the Commission of Inquiry into post-election violence after a witness demanded to know how much members of the commission are being paid by the government.

The commission is led by former South Africa president Kgalema Motlanthe, and includes former secretary general of the Commonwealth Chief Emeka Anyaoku, and international lawyer from the UK as well as three locals.

Hearings before the commission started in Harare o Monday.

And on Friday, Makomborero Haruzivishe, a #GenerationalConsesus coordinator and member of MDC president Nelson Chamisa’s inner circle challenged commissioners on how much they are being paid by the Zimbabwe government.

He went on to tear into UK-based international law expert Rodney Dixon and local member Lovemore Madhuku, questioning their impartiality. 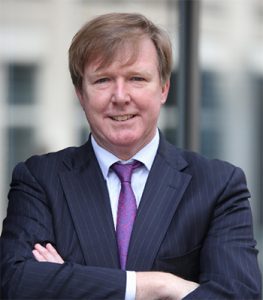 “I researched on one of the commissioners here, Mr. Dixon,” said Haruzivishe.

“When I visited your website, I discovered that you speak on behalf of governments, political leaders, military commanders and it got me worried that the problem we have here involves military commanders who commanded soldiers to go and kill people.”

He continued; “Are you here not to speak on their behalf (of government) again since it is part of your job description?

“You participated in a commission similar to this one in Sri Lanka in a mop-up exercise and there was an outcry when you were paid $400 million. What are you getting out of this? What are you doing here?

“Now taxes have been raised here; tell me how much you are being paid because you are not here for free.

Calm and composed, Haruzivishe continued; “You say you speak on behalf of politicians.

“So are you not here to speak on his behalf, that is one of my concerns.

“I also noticed that one of the commissioners Lovemore Madhuku, president of the NCA.

“Madhuku made conclusions where he was blaming the MDC Alliance led by president Nelson Chamisa.

“So, will that not compromise his participation and contributions in the commission given that he is already blaming Chamisa?”

“Professor Lovemore Madhuku is actually a lawyer to the party which is in competition with the MDC,” he added.

The commission was tasked with inquiring into circumstances leading to the August 1 shootings, identifying the actors and leaders as well as the motives and strategies employed in the ensuing protests a day after elections.

It must also investigate the police intervention, circumstances which ‘necessitated’ military involvement and whether the degree of force used by members of the security services was proportional to the ensuing melee.

However, Haruzivishe said there was no mystery about what happened on August 1.

“ … because our constitution is clear that only the president – the commander in chief – (has) the power to deploy the army be it for a clean-up campaign or charity event.

“Zimbabwe does not have a record of military indiscipline or unrest; the only incident close to this was in November 2017 (when the military helped oust then president Robert Mugabe).

Besides Dixon and Madhuku another commissioner Charity Manyeruke has also been under fire having been part of the constitution making process between 2009 and 2013 representing ZANU PF.

The commission has been listening to eye witness accounts of the 1 August shootings since Monday.