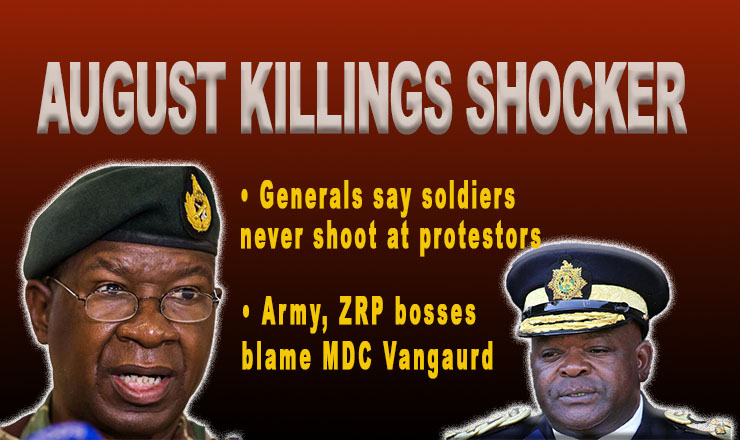 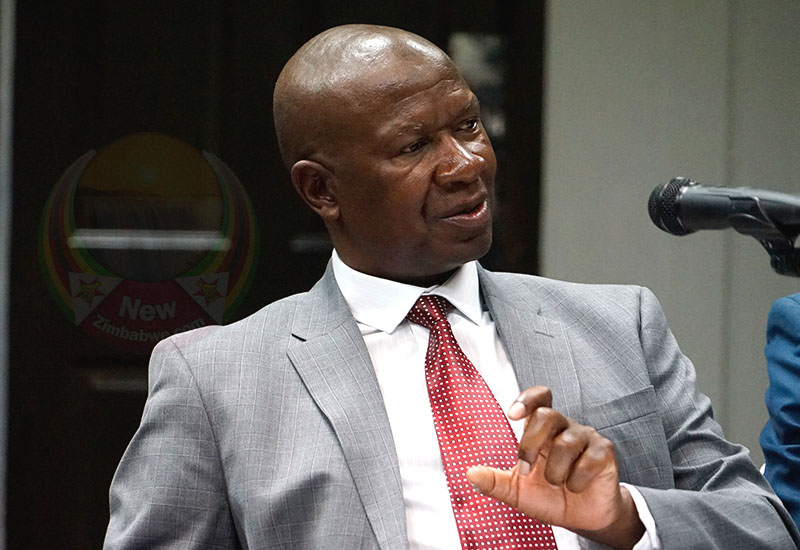 Instead, both Zimbabwe Defence Forces (ZDF) commander General Philip Valerio Sibanda and Zimbabwe Republic Police (ZRP) Commissioner General Godwin Matanga, suggested that the oppposition may have been responsible for the killings.

Matanga and Sibanda were testifying before the commission of inquiry established by President Emmerson Mnangagwa to probe the deadly August 1 clashes in central Harare when the military together with the police as opposition activists protested against the election results.

After the tragedy, images circulated on social media of soldiers firing their automatic AK47 rifles at protesting activists but General Sibanda insisted Monday that these were warning shots into the air.

Sibanda told commissioners that the military was not the only armed group in the country and appeared to blame the MDC Vanguard youth group for the fatalities.

“I don’t believe there is any soldier who opened fire on these rioters,” General Sibanda said in response to a question by commissioner Lovemore Madhuku.

“Soldiers can only fire if they are fired at, once somebody fires at you then the game begins.

“There is no hard evidence that the army shot at the civilians, but it is also believed that members of the MDC’s vanguard could have been armed.”

Again, responding to questions, the ZDF chief said; “… as soldiers, we operate on orders and the orders given on that day were very clear – you do not open fire on the rioters.

“So, if there is anyone who has evidence to the effect that any of these six (fatalities) and the injured could have been shot by soldiers … if they could bring that (evidence) forward.

Earlier in his prepared statement, General Sibanda told commissioners that his solders were not the only armed group in central Harare on the fateful day.

He added; “… the possibility of the Vanguard, the military group within the MDC Alliance youth league, having weapons and having used these weapons during the disturbances on that day cannot be overruled.”

ZRP commissioner general Godwin Matanga explained that he requested for military reinforcements when it became clear that his charges were getting overwhelmed by protests in the city centre.

“When the police officers were deployed in the CBD they got overwhelmed and I had to request for the ZDF to come and assist in trying to quell the violence,” he said.

Matanga also insisted that the deployed soldiers did not fire at the protestors.

“I requested for the army to come and contain (the situation), and I asked them to trade with care, minimum force was used.

“ZDF was armed with AK47 weapons and if they had used the arms then thousands would have died. If shooting was done it was done in good faith.”

The commander of the Presidential Guard, Brigadier General Anselem Sanyatwe, also appeared before the commission on Monday.

He told commissioners that he was tasked with deploying the national reaction force to quell the violence.

The force comprised the officers from the ZRP Support Unit, as well as elements from the ZDF and the Central Intelligence Organisation (CIO).

Sanyatwe also maintained that his charges “only fired shots in the air and not at all at civilians”.