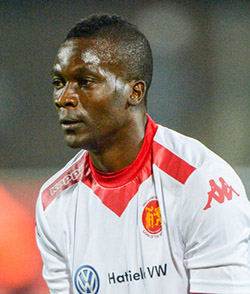 SOUTH Africa: Zimbabwean defender Augustine Mbara is back home working on his next move following his departure from Highlands Park.
Mbara only joined Highlands at the beginning of the season from Dynamos but after making eight appearances he felt he wasn’t playing enough, leading to a mutual termination of his contract
Larry Brookstone, one of the directors at Highlands, confirms that they went separate ways with the 25-year-old after he expressed concerns about his lack of game-time.
Mbara last played for Highlands on December 3 last year in the match against Orlando Pirates when he was substituted in the last of seven league appearances that he managed at the club.
His other appearance for Highlands was in the Telkom Knockout Cup in November last year.
Several clubs in Zimbabwe have now been mentioned as being keen on him since he is a free agent.
Meanwhile, Highlands have explained that Brazilian defender Pedro Henrique Dias DeAmorim was signed with the future in mind.
DeAmorim was signed earlier this year but is yet to feature in the league, with his only appearance to date having been in the Nedbank Cup.
“We brought in the Brazilian with the future in mind,” says Brookstone.Advertisement