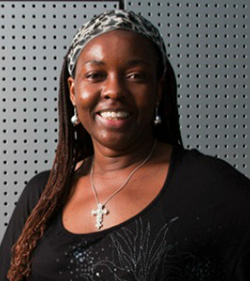 THE chance to attend a United Nations conference has been a lifelong dream for Fadzi Whande, of Darch, a suburb in Perth, Western Australia.
And on Thursday, the mother-of-two and UN Women Australia delegate will head to the 59th session of the Commission on the Status of Women at the UN headquarters in New York.
She will attend thanks to a scholarship from The University of Western Australia (UWA), where she is a masters student.
“An opportunity such as this, to learn how to garner support of international quality to advance and empower women, is a rarity and should not be wasted or missed,” Whande said.
The Commission is the UN’s global intergovernmental body dedicated to the promotion of gender equality and the empowerment of women.
It meets annually for two weeks to review global conventions and standards on women’s rights.
Fadzi, originally from Zimbabwe, moved to Australia from Botswana nine years ago and started volunteering for the UN and other not-for-profit organisations from a young age.
“My interest in gender and development issues dates back to after high school when I volunteered for a UN-funded youth HIV program to bring awareness to young people, particularly teen girls,” she said.
“I later went on to start my own organisation called Arise that aimed to educate and empower women.”
Whande was appointed a People of Australia Ambassador by the Federal Multicultural Interests Minister in 2013 and awarded the National Community Ambassador Award in 2014.
“The sense of fulfilment, the satisfaction of seeing something better happening to an afflicted individual drives me,” she said.
“Raising awareness about such an important issue is fundamental to ensure progress.”
Whande is also on the Mirrabooka Senior High School and Perth International Women’s Day boards, the Carers Advisory Council and a North Metropolitan Health Service Public Health and Ambulatory Care committee.
She said she looked forward to talking with other delegates about disadvantages faced by women from immigrant or refugee backgrounds in Australia.
International Women’s Day is recognised on March 8 every year and the 2015 theme is ‘make it happen’.
This article was originally published by In My Community newspaper.
Advertisement