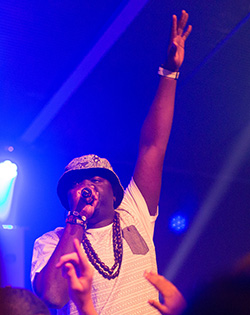 AUSTRALIA based ZII has partnered with Diafrix’s very own MoMO (Comoros Islands), rising star Ceeko (South Africa), well known poet Tariro Mavondo (Zimbabwe) and South African award winner Sifaniso Bophela to produce a heartfelt dedication to Mama Africa called “This is AfriKa”.
Originally from Zimbabwe but now residing in Melbourne, Zii’s story is one about how the school rascal somehow finds himself in the world of hip-hop spreading a message of positivity and self-worth.
Zii moved to Australia as a student, fell in love with the place and decided to stay. A Masters in IT later, he is just as at home in the studio as he is on stage; his latest single loud proof of that.
“Imagine a world where love really isn’t a maybe, where my skin colour is only a representation of an expression that God had to show individuality and character.
“Imagine if this was made possible simply by spending time understanding someone else whose image was created in your mind by a moment in time a moment that may only have existed for a second or maybe a bad day that has snowballed into propaganda.
“I believe this is possible and that’s why I choose to #waveaflag” says Zii.
Being a dreamer and driven by ambition, Zii has always wished to work with Melbourne based outfit Diafrix and when the opportunity came to have MoMO produce some music, he made the most of it.
With a blend of African sounds and rhythms to pay homage to his culture, backed by powerful verses and a chorus that paints the picture of a mothers cry for her children, This is AfriKa places Zii right in the middle of controversy with the aim to bring light and positivity to a continent that’s been stereotyped by the exact opposite.
“I’ve dreamt of changing people’s perception of Africa” says Zii.
“This song might not do that but it might start the conversation and, through social media and the #thisisafrika #waveaflag campaign, I aim to highlight the beauty that Africa holds and possibly bring peace through music. Dr Cornel West once said ‘Music is what we need when language fails us but we cannot remain silent’.”
Zii’s single will be released on May 25 2015 (Africa Day) through his new label ZIIMUSICAdvertisement