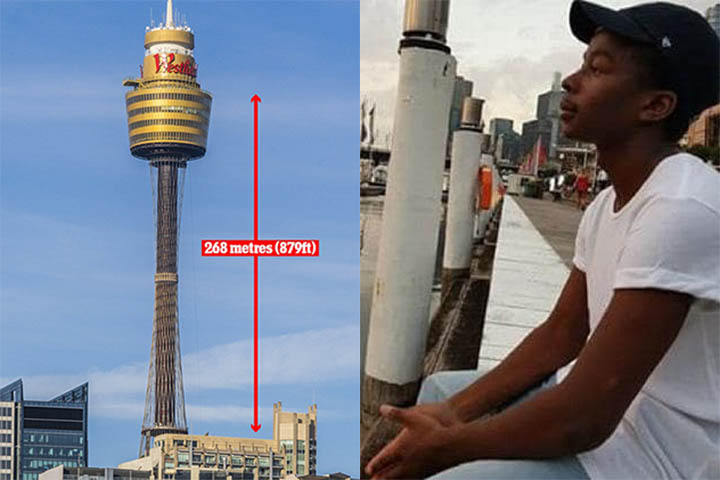 MATES and family members have paid tribute to a “funny, caring” teenager who fell to his death from Sydney Tower on Sunday.

Hip hop fan Leonard Nherera, 18, from Moorebank in Sydney’s southwest, was the second person to take their life at the landmark in four months.

His death at the tourist attraction — known to Sydneysiders as Centrepoint Tower — led to calls for the Skywalk to be shut down for good.

Nherera’s family, many who came to Australia from Zimbabwe, took to Facebook this week to express their shock and grief upon hearing the news.

“Are you really gone?” his sister wrote on Facebook. “Baby brother please why? The number of tears I shed are more than a river but they cannot bring you back.

“I hope you know that I loved you, will always love you and you will be missed.”

The teenager’s Facebook profile shows he finished Moorebank High School last year and was a popular member of the Forward In Faith Ministries International Church in Minto.

In the past few days, Nherera’s mates posted emotional tributes on his wall.

“Just woke up to find one of the funniest caring blokes have gone to heaven,’ one friend wrote.

“Bro hurts that your (sic) gone …” wrote another. “You loved your music. I remember showing you Redbone (a song by US hip hop artist Childish Gambino) you loved it!” wrote another. “I saw you on the bus the other week we chatted and chatted as if I see you everyday.

“You always had my back man in everything I will never forget that.” 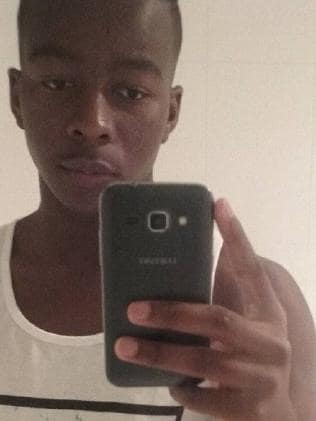 The Skywalk’s management said the attraction was closed until further notice as a result of Sunday’s incident — adding that it says it put in new safety procedures to prevent people taking their lives after a woman died in March. However, the Sydney Tower Eye Observation Deck has reopened.

Smith said Sydney Tower Eye reviewed its safety measures after the March 8 death, which led to a number of changes designed to prevent similar incidents.

These included the introduction of a full body harness for tourists, which was developed in consultation with third-party safety experts.

Smith said the new measures went “well beyond” industry standards and placed “strict controls” that meant people could only remove the harnesses if they had a “deliberate and significant intention” to do so.

“The safety of our guests and staff is always our number one priority and we will take all the necessary actions to ensure their welfare,” Smith said.

“While an investigation is under way it would be inappropriate to comment further.”

Despite the incident forcing the closure of one of the state’s most popular tourist attractions, NSW’s Minister for Tourism Adam Marshall told news.com.au it would be “inappropriate” to comment at this stage.

A NSW Police spokeswoman said ambulance services were called around 7pm on Sunday after reports a person “had jumped” from the building.

“Inquiries suggest the incident is self-harm related,” she added. “A report will be prepared for the coroner.”