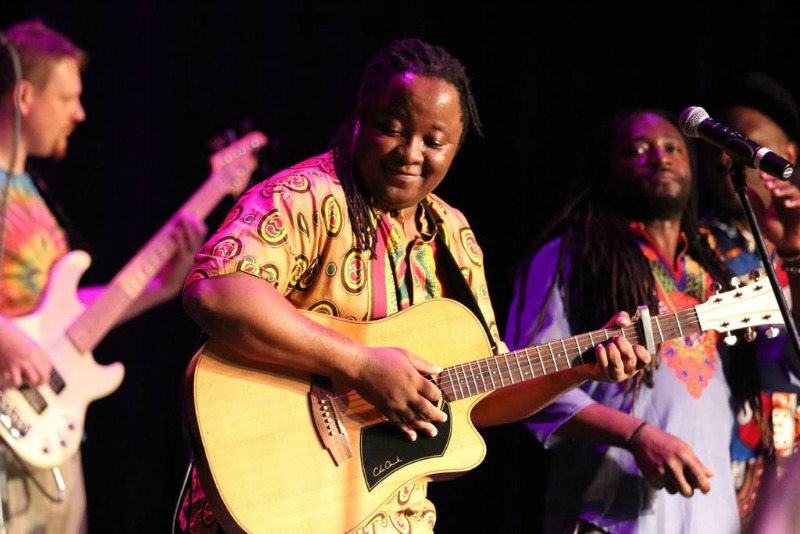 The concert, which ran under the theme, “celebrating Dr Oliver ‘Tuku’ Mtukudzi, a life well lived through song and dance” saw performances by four groups.

Zimbabwe born Simba Mushete, who fronts his Simba Mushete & Echoes of Africa band, told NewZimbabwe.com from his Australlian base that the late national hero was an inspiration to most artists.

“The event was done by Australia African artists who are based in Sydney,” he said.

“Mtukudzi was a legend and an inspiration and through his music, touched many lives. I grew up listening to Tuku music and Chigiyo music and that’s where I got my inspiration.”

Mtukudzi died aged 66 on 23 January this year at a Harare private hospital through ailment.

Popularly known as “Tuku” by his fans, Mtukudzi had staged performances for decades in many African countries as well as countries such as United Kingdom, United States of America, Canada and Australia.

Said Mushete, “I always dreamt of performing alongside Tuku and that dream came to life when I performed with him in 2013 live here in Australia.

“I played percussion and did backing vocals and this was the highlight of my experience with the legendary Tuku.”

He chronicled his interaction with the artist which started at the turn of the millennium.

“I remember back in the early 2000s when I visited Pakare Paye Arts Centre with my brother Tichaona Hwingiri grabbing Tuku’s guitar from one of the rooms and playing Tuku’s staff.

“Tuku was in a meeting so he heard me and then came outside just to say, ‘You have a good ear and I can see the talent there’.

“Hearing that from Tuku himself really inspired me to want to learn more,” he said.

He described Tuku’s death as a huge loss to the music fraternity and said the tribute concert which involved other artists not only from Zimbabwe but drawn from across Africa and Australia was befitting of the iconic musician.

Mushete indicated that on the local music scene, he worked with the likes of jazz icon Bob “The Headmaster,” Nyabinde and did Nyabinde’s album Chabuda Hapana.

He was pleased with Chimurenga music guru Thomas Mapfumo’s lead guitarist Gilbert Zvamaida for teaching him guitar skills when Zvamaida was still with Zig Zag band.

“The former Zig Zag band lead maestro Gilbert Zvamaida who is now based in the USA with Thomas Mapfumo also inspired me through his amazing guitar skills and I remember going to his house to just learn a few basics since music was my passion,” he said.

In Australia, Mushete has been a supporting act to artists such as Jah Prayzer, Killer T and most of Zimbabwean artists who perform in Australia.

He is currently the director and lead singer of Simba Mushete and Echoes of African music which is an 8 piece band.

The band was founded in 2013 with hopes of sharing African cultural talents with the community through music, dance and arts, enhancing the integration to Australia society.

Echoes of African Music is a musical band consisting of artists from Zimbabwe, Australia and different parts of the world collaborating with talented musicians to showcase African music and culture from inside and outside the African continent.