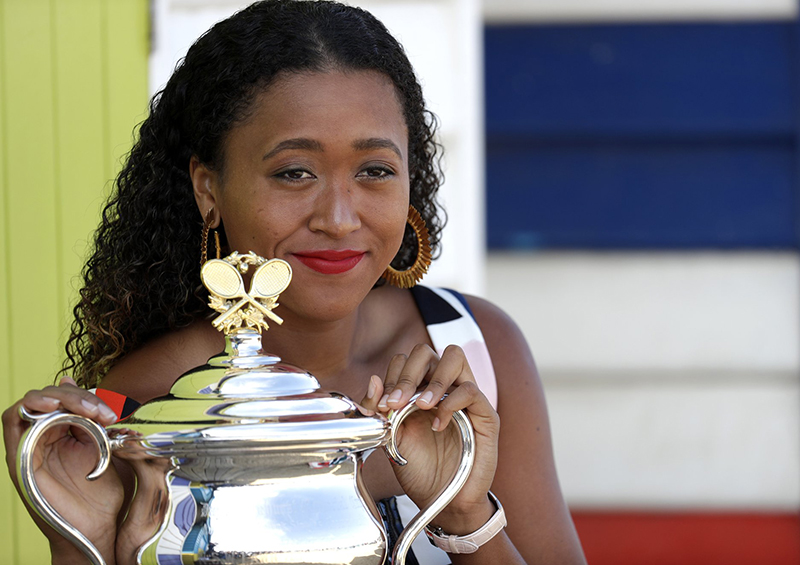 MELBOURNE: Australian Open champion Naomi Osaka is the first player from Asia to top the men’s or women’s tennis rankings — and the youngest woman to make her debut at No. 1 in nine years.

“I feel like I’m literally just still learning,” the 21-year-old Osaka said. “Everyone kind of adjusts to being No. 1 in a different way.”

Simona Halep’s 48-week stay atop the WTA rankings ended Monday as she slid to No. 3 after a fourth-round loss to Serena Williams, one year after getting to the final at Melbourne Park.

“The main goal is just to play as good as I can every match, to win every match I play, so the ranking doesn’t really matter,” Halep said.

Halep said the year-end ranking is what is “more important” than where things stand now, “so I will not stress myself about this.”

She was born in Japan — her mother is Japanese, her father is Haitian — and moved to the United States when she was 3. She has dual citizenship and now is based in Florida.

Osaka is the youngest woman to reach the top since 2010, when Caroline Wozniacki did it at 20.

The runner-up at Melbourne Park, Petra Kvitova, jumped from No. 6 to No. 2.

Williams missed the 2018 tournament after having a baby; her quarterfinal run this time pushed her up five places to No. 11.

Surprise semifinalist Danielle Collins, a 25-year-old from Florida, climbed from No. 35 to No. 23. The woman she upset in the fourth round, three-time major champion Angelique Kerber, dropped from No. 2 to No. 6.

Novak Djokovic’s record seventh Australian Open title allowed him to stay at No. 1 in the ATP rankings, and Rafael Nadal’s runner-up showing kept him at No. 2.

The player who beat Federer, 20-year-old Stefanos Tsitsipas of Greece, turned his first run to a Grand Slam semifinal into a career-best ranking of No. 12.