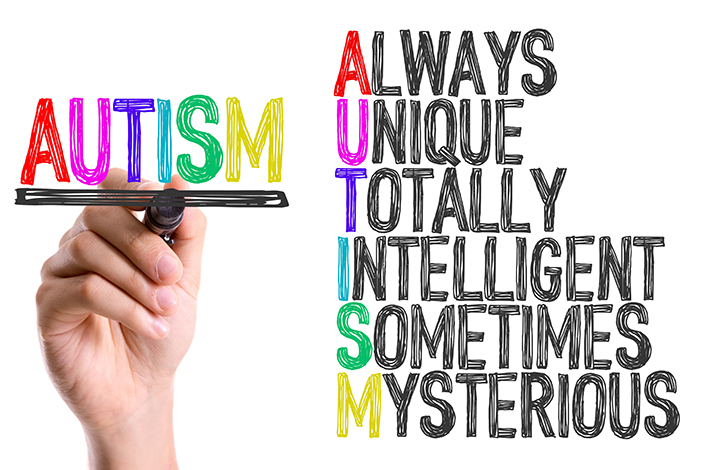 IN my last article, I stated that in future instalments I will be focusing on different types of Special Educational Needs and Disability. My point this time is to raise awareness specifically on Autism in the hope that society and professionals can begin to take this area of education more seriously. I also intend to provide generic interventions for different types of SEN/D so that parents who are already living with children with Special Needs and /or Disability may use this information and adapt it to their own specific situation as there is no “one size fits all” approach.

Today, I begin with a real story from my childhood days and how society viewed and perhaps still views the different aspects of Autism. I must, however, say, there is a new general trend developing in Africa and in Zimbabwe in particular, where people are slowly coming to appreciate autism (you may have seen the Al-Jazeera report by Haru Mutasa covering parents who set up their own autistic school for their own children) and yet despite this new trend, there is still a lot of awareness needed for the whole population to understand what autism is and how we can accept those who have autism and other related or unrelated special educational needs and disabilities: comorbidity.

Autism reminds me of my teenage years, growing up in Mutare. There was a boy we called Joseph. People called him Jose “mupengo”; meaning Jose the mad one. The term “mad” meant people saw him as having a mental illness, a form of “retardation” or Schizophrenia. Schizophrenia is a long-term, almost permanent mental health condition that causes a lot of different psychological symptoms, like a type of psychosis.

People who suffer from schizophrenia seem to live in a world of their own and their ideas and thoughts seem far removed from what “ordinary” people term “reality”. This may include hallucinations, delusions which cause confused mixed up thoughts and behaviour that can be difficult to understand and sometimes, but not always, violent.

But Jose was not a “mupengo” and neither was he “retarded”. In fact, these terms “mupengo” “benzi” or retarded are in themselves very derogatory and, may I also emphasise here, that autism is not a disease. It’s a condition. It’s part and parcel of the person who has it. It is who they are just as much as we all want to be accepted for what we are. You cannot separate autism from the person who has it. Jose was simply different and in fact, very intelligent. He was more intelligent than the average child of his age and if he had been understood by his parents, teachers or society, today he may have been a rocket scientist.

Jose was not violent at all. If anything, the so-called ordinary people, neurotypes, my age, were violent to him and often made fun of him but because he was so good at mathematics, though he had never gone to school full time, people took some surprising interest in him. Jose could easily, mentally calculate figures up to millions, in seconds. He was, without being disrespectful to him, more like a “human calculator”. This is where the need to understand Autism comes in.
But Jose is only one aspect of people who, I now understand, suffered from Autism/Asperger’s Syndrome and no one knew then and perhaps still, no one knows up to this stage. In Africa and in Zimbabwe there is a low but rising level of knowledge and awareness about ASD (Autism Spectrum Disorder, more on the definition to follow) among African parents and health workers, including doctors, but parents who have such children, certainly do know the experience more than anyone else.

Concerted and continuously unrelenting education to increase knowledge and awareness about ASD is a must in Zimbabwe and all African countries, as this will help early recognition and interventions and less stigmatisation of the condition. The sooner ASD is diagnosed or identified, the sooner appropriate help can be sought and there are many interventions that are currently available to help alleviate the situation and this article will cover some of them.

In Zimbabwe and, in Africa in general, there are many reasons why ASD is never diagnosed, or diagnosed too late. Some of these include poor knowledge or awareness about Autistic Spectrum Disorder by both parents and professionals; cultural beliefs and practices that are negative and discriminatory; poverty and lack of enough trained, dedicated practitioners in the field of SEND.

Most governments do not think SEND is a priority and this has permeated into the social fabric. There is wide belief among Africans that ASD is caused by supernatural forces like spirit mediums or avenging spirits. Some will attribute ASD to witchcraft and instead of seeking help from scientific/research professionals or medically trained doctors, many parents seek help from traditional healers, so-called “prophets” or just accept it as fate.

Where doctors are available to diagnose ASD, the costs of such a diagnosis are prohibitive for many poor families. The attitudes of nurses and sometimes teachers also prevent early diagnosis. Child health care in general is also quite poor and yet it has now been proven beyond doubt that early identification of ASD and intervention are the best ways of “treating” ASD as well as improving and achieving the best possible outcomes and high aspiration for those who have autism, especially in the three areas identified as constituting Autism.

So, what is Autism?

There is not one single agreed definition of autism. Many researchers and doctors have defined autism differently over the years and I do not intend to write this article as if I was writing a research essay, so I will deliberately leave out the debates and several definitions that have been proposed. What is clear now is that Autism affects a huge number of people in the world and in Africa too, Zimbabwe included.

The autistic spectrum is so wide that at least 1 person in a 100 people is on the spectrum. Psychologist and scientist have struggled up this day to come up with a specific characteristic, definition or cause of autism. Put simply, no one really can, with confidence, say they understand autism, but we should strive to work with autistic people as well as we can in a process of mutually respectful interaction.

To say the least, Autism spectrum disorder (ASD) is the name for a group of cognitive, social and communication developmental disorders that are so wide and diverse, hence “a spectrum,” of different signs and indications judged on levels of skills and ability to communicate or interact with others; routine or repetitive behaviours and showing little or no interest in a range of activities; or signs that hinder one’s ability to function socially.

At one point, Autism was defined as “childhood schizophrenia” by psychiatrists such as Bleuler in 1911 but after the works of other psychiatrist like Kanner and Asperger (working separately in the 1940s) and through the works of Wing and Gould in 1979, Autism definition now includes what has become known as the Asperger’s Syndrome. Wing and Gould summarised Autism as a “triad of impairments” in the three elements I mentioned above. People with Autism tend to display non-verbal behaviours such as not looking at the person they are talking to or other such eye-gaze behaviours or have other body postures or physical behaviours.

Relations with peers are not always at the same age level and may not always be appropriate. They generally do not like sharing with others and may not always share the same expected emotional connection or response. This, on its own, does not constitute a diagnosis for Autism. They will have to display at least two out of the three categories of impairment. For example, in addition, they may show a delay in speech and language, but for Asperger’s Syndrome, this does not apply.

Those with Autism and are verbal, may not always want to initiate or even sustain a conversation and may display a language or communication style that is only peculiar to themselves/ the individual. They do not show any signs of understanding or having the skills required for “make-believe play”, i.e. imagination or role play with dolls, toys etc. In addition to this and in combination, Autistic people tend to be rigid in thought; they like things that happen according to routine or restricted patterns and this applies to behaviour, activities and so forth.

The behaviour or patterns are not flexible. They may also display physical behaviour repeatedly, such as pacing up and down, swinging from side to side, pulling hair or obsessions with certain parts of an object. The signs and symptoms are wide and varied and what applies to one autistic individual is not necessarily true for the other. People with Asperger’s Syndrome on the other hand, have shown that they perform better on executive functioning tests. This type of Autism is sometimes referred to as High Functioning Autism.

To say the least, the arguments surrounding what constitutes Autism, have concluded that there is a “double empathy” between people who have autism and those that do not have it in the sense that we just simply don’t understand each other and there is a communication breakdown between us due the different ways we process information. However, we both belong to the same “Neurodiversity” Community where the range of difference in our individual brain functions and behaviours are part of variations in the so-called normal human population.

These assumptions are far from the truth. This is why each case of autism has to be viewed as peculiar to the individual. The problem of diagnosis is further compounded by the different theories, approaches and models of autism. The psychological model focuses on explaining autism based on cognition, using, in some cases biological/neurological and behavioural data. This is a problem, especially in Zimbabwe, where the condition is much alive in society than it is with psychiatrists. More to follow.

In Part 2, I will focus on a Case Study of an Autistic child who is now 25-years-old and the provisions he has in place at Kings College-SA and how parents and teachers can improve provisions for their own children/students.

To read the full article or for more information about Special Educational Needs and Disability in Zimbabwe, including Understanding Autism and Approaches to teaching autistic children, visit our website at www.kingscollege-sa.com OR Facebook page https://www.facebook.com/kingscollegesouthernafrica/  OR WhatsApp 00447775423063