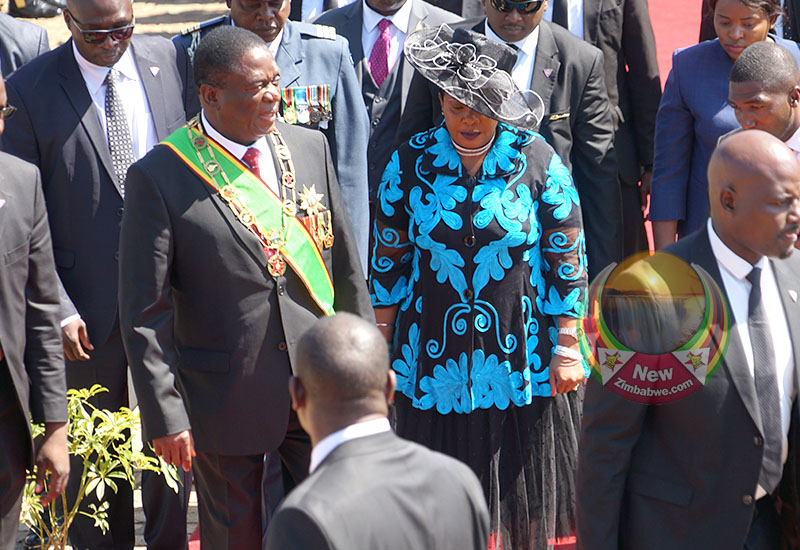 FIRST Lady Auxilia Mnangagwa has called for the declaration of a ‘Liberators Day’ in honour of sons and daughters of Zimbabwe who participated in the liberation struggle which brought and independence in Zimbabwe in 1980.

Addressing female war veterans in Bulawayo Thursday, the First Lady said war veterans are remembered in most counties across the globe.

“We want a day to remember our liberators. Other countries do it to their liberators so that their born frees know their history,” said the First Lady.

Zimbabwe already has a Heroes holiday on which those that fought in the Second Chimurenga are remembered.

Auxillia encouraged female war veterans to take up leadership positions in politics and other government institutions such as parastatal boards.

The First Lady promised to uplift the livelihoods of female former freedom fighters whom she said were living under harsh economic conditions.

“There are no jobs . We want you to be self –reliant. You should organise yourself into groups and we will see what we can do. I know you have a lot of things to be done . It will be done,” said Auxillia.

She added that the Ministry of Women Affairs will soon be rolling out various projects for women war veterans.

“The Ministry will assist you with funds to manufacture things like soap and detergents.  We also want you to venture into projects like goat and cattle rearing,” she said.

The First Lady also implored the female war veterans to mobilise people to participate in the Zanu PF’s organised ant-sanction march in Harare on 25 October this year.

“You are suffering because of sanctions. Please make sure that you mobilise people to participate in the ant-sanction march in Harare,” she added.

Speaking at the same occasion, the Zanu PF politburo secretary for war veterans Douglas Mahiya claimed Auxillia had made history through the visit.

“What you have done your Excellency has never been done before in the history our country. You have made history in the country by coming to Bulawayo to hear the problems of women war veterans. History books should be written for what you have done,” said Mahiya.

The female war veterans were drawn from Bulawayo, Matebeleland North and South provinces.