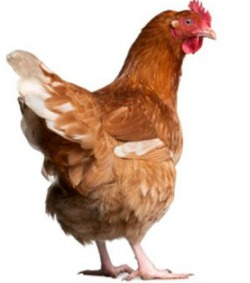 ZIMBABWE is set to cull more than half a million chickens affected by the highly pathogenic strain H5N8 at a farm in Harare.
According to the country’s Department of Livestock and Veterinary Services and as quoted by local media, at least 500 000 birds are set to be culled in an effort to contain spreading of the deadly disease.
Principal Director Livestock and Veterinary Services Dr Unesu Ushewokunze-Obatolu told a local paper that Lanark farm had between 500 000 and 600 000 birds, of which 70% has now been depopulated.
The culling of the birds will affect the whole chicken value chain, with poultry producers reporting a shortage of about two million day-old chicks.
Zimbabwe produced about six million day old chicks per month before the outbreak but is currently producing half of that.
Ushewokunze-Obatolu was quoted by Business Weekly in Zimbabwe as dismissing reports that the farm has been hit for the second time by the same disease.
“Contrary to what has been reported in some sections of the media, we are still dealing with the same outbreak that was first reported in June. The quarantine had not been lifted. So this is a resurgence of something not yet completely gone.
“It takes at least three months after culling, continuous surveillance and test bird introduction, in order for us to have full confidence to declare that we have fully contained the outbreak. And those three months had not lapsed. We are still dealing with the same outbreak and we have not announced that it has been fully contained,” said Ushewokunze-Obatolu.Advertisement