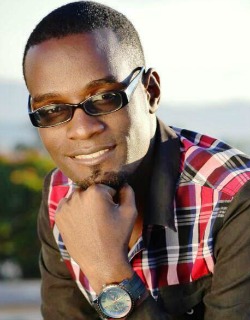 MUTARE-BASED writer and filmmaker Igi Matope has launched a new film highlighting social and economic decay which has impacted negatively on families in the country.
Titled ‘Baba-The Joys of Fatherhood’, the movie was premiered at Mutare National Art Gallery last week on Friday.
Matope made a name for himself in the film industry after his movie Casanova and Fatima won an award at the Zimbabwe International Film Festival (ZIFF) in 2015.
He said his new film is set to be premiered in the forthcoming edition of the ZIFF competitions scheduled for Harare next month.
Matope said he has submitted the project to other global film festivals in Europe.
He said his movie focuses on corruption in workplaces and changes of gender roles in modern family set ups.
“I drew inspiration from a Nigerian novel, The Joys of Motherhood” to mirror socio-economic challenges faced in modern day Zimbabwe. This includes corruption in the workplace and changes in gender roles in modern family set up due to economic decay,” said Matope.
Baba is a story about a well-educated but unemployed man who struggles with socio-economic challenges but finds hope in his wife.
Produced by Pikicha Afrika and directed by Matope himself, the film was shot in the city’s oldest and populous high-density suburb of Sakubva, Dangamvura and Mutare CBD.
The film features local actors such as Farai Clarence Borerwe, Trish Tinashe Samupindi, Itayi Kariparire, Tapiwa Marahwa and five-year-old Leo Mangweka.
“My main objective was to create a film that can compete for awards both locally and internationally and I think with this piece I have a good chance of adding another feather on my cap,” said Matope.
“Our film industry in Mutare is still in its infancy and I hope this film and its success will inspire growth and interest in the city,” said Matope.
Mutare mayor, Tawanda Nhamarare, who was present at the launch, commended Pikicha Africa for putting the city on the spot light by producing a movie which talks about socio economic challenges affecting the community.
He said the local authority was ready to support such initiatives.
“These guys are taking film industry in Mutare to new levels and we really support such initiatives. As a local authority we are ready to chip in through availing even space and places for film making,” said Nhamarare.Advertisement