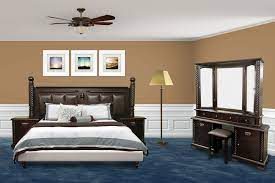 Presenting a trading update for the period ended September 30, 2021, Axia said the move unlocked expansionary capacity for their subsidiary.

“The business acquired an additional 11% in Restapedic, a local bed manufacturer, to increase its shareholding to 60% effective 1 July 2021. This has enabled TV Sales & Home to fund the construction of a new multi-million US Dollar state of the art factory, which commenced in August 2021. This new factory will result in the business growing its production to meet increasing local demand and service export markets,” said Axia.

During the review period, the TV Sales & Home segment saw volumes growing by 36 % compared to the same period last year and continues to trend upwards, benefiting from competitive pricing and consistent product supply.

The positive momentum of credit offerings and exciting consumer promotions namely Winter Warmer, Birthday Bash and Euro 2020 that were active in the quarter.

Transerv Volumes continued on a positive trajectory being 25% above the comparative period amid observations that the business continues to closely manage its costs and review its product and service offerings with a view to keep improving the product range and service quality provided to customers.

New store sites have been secured in Chiredzi and Victoria Falls.

“DGA Zimbabwe Volumes were 20% below the prior comparative period mainly due to the restructuring of the original agreement with the Progroup. The resultant reduction in volume sales from the Progroup agency was partly compensated for by the new distribution agreement that was executed with National Foods Retail distribution business,” said Axia.

DGA Region in Malawi, first quarter volumes were 58% up compared to the comparative period, owing to the impact of newly acquired distribution agencies which came on Board as follows, Unilever – effective 1 August 2021, BIC and Clover – effective April 2021 and July 2021 respectively.

Malawi has now become a significant contributor to the positive performance of the regional business.