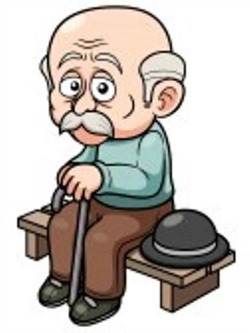 EDITOR: This is the last part of Dinizulu Mbikokayise Macaphulana’s ‘Grace Mugabe, Baba Jukwa and the Olympics of Power in Zimbabwe’ article.
I ARGUE that there is all this legal and political noise in Zimbabwe concerning the Baba Jukwa entity because those who created the creature have lost control of it as it has assumed a life of its own and chosen to align with the aspirations of some people of Zimbabwe and a certain group within Zanu-PF.
Most of us with strong rural and village backgrounds will remember one or two stories from the village about those who bought or manufactured goblins, notorious creatures of the dark arts of witchcraft and sorcery. The power and wealth seekers who use goblins have a tendency to send them to torment opponents and to steal money and other valuables. Goblins are supposed to be creatures of a programme who are loyal and who stick to instructions religiously.
Once in a while, some goblins begin to enjoy their personal power, believe in themselves and start making unsanctioned appearances and in the worst of circumstances they forge alliances with the enemies of their owner and begin to torment him and make ridiculous demands such as being allowed to sleep with his wife or children. There are many ways in which the Baba Jukwa entity resembles a goblin that has gone rogue.
If we look carefully, very carefully, the Baba Jukwa entity was created as a tool to pre-empt the opposition and usurp its support toward and after the elections of 2013. It was created even to take away the victory from the opposition if it won the election. This entity claimed to have been a Zanu-PF cadre that had decided to join the people of Zimbabwe against “my party.” It claimed to have many militants and soldiers on standby to ensure that the people of Zimbabwe are not robbed again and that their vote would not be stolen. For that good reason this entity became just what Zimbabweans needed, armed security for their popular vote.
The opposition was excited about this entity to the extent that they became assured of its support and that it would secure their victory after the election. The entity kept the opposition assured by praising them here and there, and warning them of this and that.
Now, here is the plan, if the opposition had won the election, a group of Zanu-PF strong ones were going to make an appearance and an announcement about themselves as the Baba Jukwa element and demand their share of power from the opposition with part of the army and some security elements on their side. The opposition were going to be forced to share power, in reality with Zanu-PF again.Advertisement