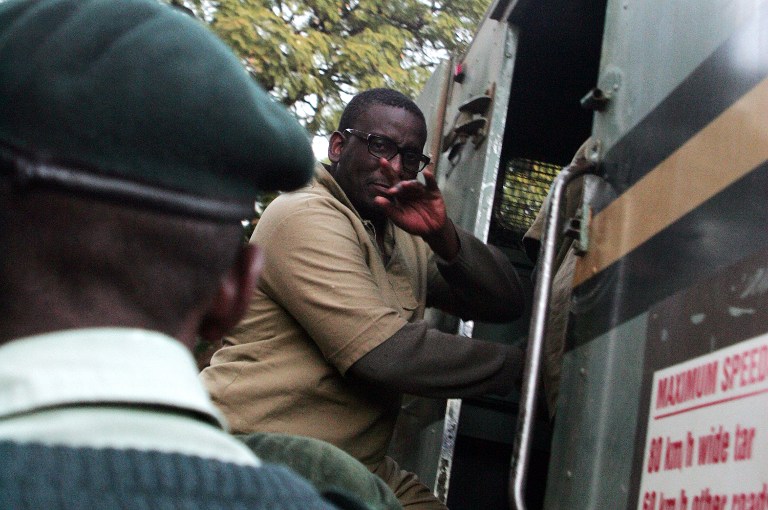 FORMER Sunday Mail Editor Edmund Kudzayi was arrested by soldiers in Harare Friday morning after being found with an umbrella that bears army colours.

His lawyer Obey Shava confirmed the arrest to NewZimbabwe.com.

“He (Kudzayi) was arrested this morning after being found with an umbrella that has the same colours as the Zimbabwe National Army in his car,” said Shava, a member of the Zimbabwe Lawyers for Human Rights.

“Kudzayi is being held at Borrowdale Police Station and will appear for initial remand tomorrow (Saturday).

“The arrest according to the charge is for violating Section 32 of the Criminal Law Codification and Reform Act.”

“There are already issues we would like the court to look into or investigate,” Shava said.

“The manner of his arrest especially the individuals who arrested him. They were dubious individuals in military uniforms but we don’t believe they are bona fide members of the police force.”

Kudzayi became known among Zimbabweans when he got arrested 2014 on suspicions he was the faceless Facebook character known as Baba Jukwa that revealed nuggets of information on Zanu PF internal power struggles including discussions on closed door meetings.

The phantom character held the country spellbound and became a subject of national discussion including in the campaign with the opposition lapping up almost everything the Facebook page produced.

He was later acquitted for the offence.

Early this week, a press statement attributed to the Zimbabwe National Army announced a looming raid on people’s homes in search of stolen army uniforms and any material resembling army fatigue.

The country’s military has since banned servicemen from putting on army uniform while on their way to and from work.

With his arrest, Kudzayi could probably be the first victim of the fresh military crackdown targeting citizens possessing material resembling army uniform.