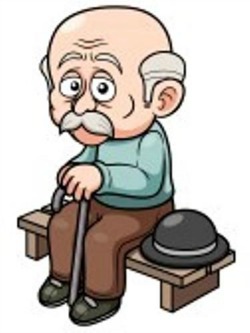 IMAGINE waking up to a sound of non-stop messages on your cellphone. Waking up to a barrage of abusive messages coming from all angles yet you have no idea of what you have done wrong. That was me waking up in the morning of Sunday 9 June 2013! My crime, I had been accused by a Facebook page of being a secret agent working to get information about the opposition. A Facebook page that is run by the unknowns whose objectives are equally unknown, but the outcome is damning to ordinary citizens of this land.
I went onto the page only to find more insulting and threatening messages from several people without faces. Imagine my horror reading through the post clearly mentioning my name and cell number! I was still in bed that at the time, but I could feel my knees losing strength, my head started rolling from inside and I felt like I was in the middle of a dream and I will wake up. Unfortunately for me, it was not a dream; someone had just messed up my life.
It was tough going through the day as I received several phone calls from friends and foes alike asking if it’s true. My wife was also having a torrid time having to answer the same questions from her side. My twelve year old daughter was also not spared as she head to go through the same grief, she failed to sleep through the night knocking on our door twice saying she is worried about me as she heard of the threats that were made on my life. My six year old son equally confused, asking what people are saying about his Dad. At the club, everyone looked at me with suspicion. No-one had the guts to ask, but you could see that they have a lot of questions for me. My newly acquired friends had lost all the faith they had on me. It took one strong patron to ask me if it was true of what they had read.
Worse off, Monday morning I had to go to work and face my work colleagues. Again, no one had the guts to ask me, but you could hear the voices in the corridors talking about it. A painful work environment had been created for me.
A Facebook page that runs by the name of Baba Jukwa has inflicted pain on my life. I’m still trying to figure out what I have done and to whom to deserve such a horrendous act. I am a law abiding citizen of this land and I work hard every day to provide for my family. For people to accuse me to be what I’m not is not only unacceptable, but a crime against me and my family. I do not work for the CIO, and I never worked in the department. I work for a private company and I have witnesses that can testify to that, from my boss the CEO to an office orderly.Advertisement

I’m not sure what the motive of the page or the person who supplied the information to them was, but I feel I have been wronged. A crime has been committed against me and as a citizen of this our land Zimbabwe, I deserve protection from people like Baba Jukwa and company. I have tried to alert Facebook about this abuse, but they have turned a blind eye on my plea. As a country I would like to think that we have laws that protect small people like me from such abuse. We can’t continue to be quiet whilst other people are abusing fellow citizens in the name of freedom of expression. We can’t have cowards who hide in foreign applications continue causing pain to citizens of Zimbabwe. We can’t have a situation where we have internet sites and social platforms that affect our day to day lives in our land and yet we have no control over them. A Facebook page with more than 140k readership being used to settle personal scores, that can’t be allowed.
I have been wronged and I need a remedy! Who will help me set the record straight? Who will assist me in bringing the culprit to account? Who will give me a hand in telling my friends, family and colleagues that I’m not an agent of some sort?
As a citizen I expect the relevant government ministries to intervene and stop this madness! Failure to rein in the internet sites, I think it will be time to ask if the benefits that we are getting from social networks as a country are worth the damage they are causing. If it were in countries like UAE, Qatar, Kuwait or Bahrain Facebook would have acted swiftly in closing abusive pages. If we fail to get protection from (Facebook founder Mark) Zuckerberg and company, I think it’s only fair that we ask our courts to intervene and protect citizens of this country. Today it’s me, but the next victim of this malice maybe you the reader.
I certainly intend to protect my name, If only I can get help. Not that there is anything wrong for someone to be employed by a government department, but it’s only fair that the truth be told always. How will I interact with friends when they are warned that I’m dangerous?
People of Zimbabwe, we need to unite and sort out whatever problems we have with each other without being abusive. If people have political ambition, they should come clean and own up. Simba Makoni came clean and we respect him for that. Its high time Baba Jukwa and company come in the open to show their political colours instead of feeding people with wrong information and creating misconceived hypes along the way.
Fellow Citizens of Zimbabwe, may it be on recorder that I’m not a secret agent of some sort as mentioned by Baba Jukwa, not that there is anything wrong by being one. I also advise my fellow Zimbabweans to open their eyes and see the harm that is being caused by Baba Jukwa and company. There is no way that we can build a nation with such treasonous rhetoric.
May God bless our land of Zimbabwe!