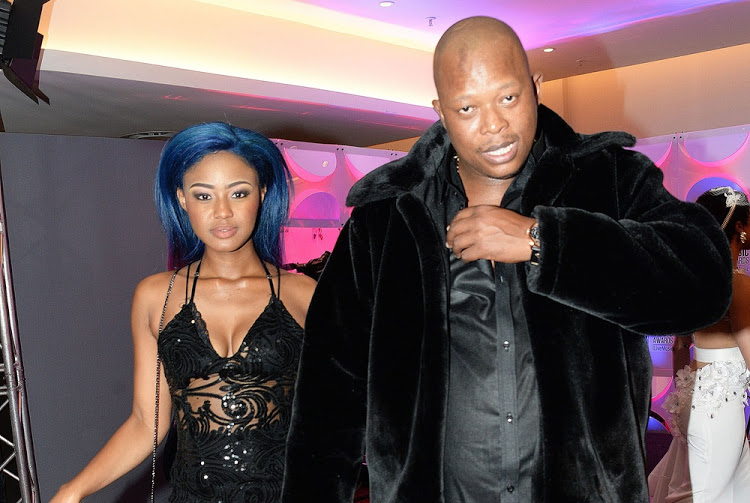 South African music star Mampintsha has been charged with assault after a video showed him hitting his girlfriend, who is also a popular musician.

Mampintsha, whose real name is Mandla Maphumulo, apologised but said he had acted in self-defence.

Bongekile Simelane, known by her stage name Babes Wodumo, was talking to fans on Instagram Live in a bedroom when she was slapped repeatedly.

Violence against women is seen as a major problem in South Africa.

The video, which was broadcast live on Sunday evening, was widely shared on social media sparking outrage and calls for Mampintsha’s arrest.

Babes Wodumo featured on the Black Panther soundtrack and has often collaborated with Mampintsha , including on one of her most popular songs, Wololo.

‘I ask for forgiveness’

Mampintsha appeared in a Pinetown Magistrate’s Court in the coastal city of Durban, where he was charged with assault under South Africa’s domestic violence laws.

He told reporters outside the court that he had been asleep when Babes Wodumo arrived at their hotel room after a party.

“I made a mistake but no-one can accept to be attacked while asleep in bed. I’m sorry for my actions. I ask for forgiveness for raising my hand against her,” he added.

“We are treating this case just as would any other similar case. The question is whether you the media treat this case like any other. We are consistent,” he said.

Mampintsha, who is a member of Kwaito music group Big Nuz, has also filed a counter-assault charge.

She also dismissed suggestions on social media that the video was set up to highlight the plight of domestic violence.

The BBC’s Milton Nkosi in South Africa says Babes Wodumo’s parents have thanked South Africans for their support, which has included calls from the major political parties for the police to investigate the case.

“Your messages went a long way to put a smile back on our daughter’s face,” her father Rev Welcome Mbongeni Simelane said.

People watching the video live on Instagram expressed shock, with one saying, “Wait what?!” before later adding, “Not this again.”

This is not the first time the couple’s relationship has become a matter of national debate.

In May last year, she was asked in a radio interview if Mampintsha was abusing her, which led to a discussion about the ethics of how the interview was conducted.

It is one of a spate of attacks against women that has sparked outrage in the country over the last two years.

The murder of 22-year-old Karabo Mokoena by her ex-boyfriend shocked the country in 2017, with women using the hashtag #MenAreTrash.

A 2018 report by Statistics South Africa found that 7.7% of men and 6.8% of women thought it was acceptable for a husband to hit his wife if she argued with him.