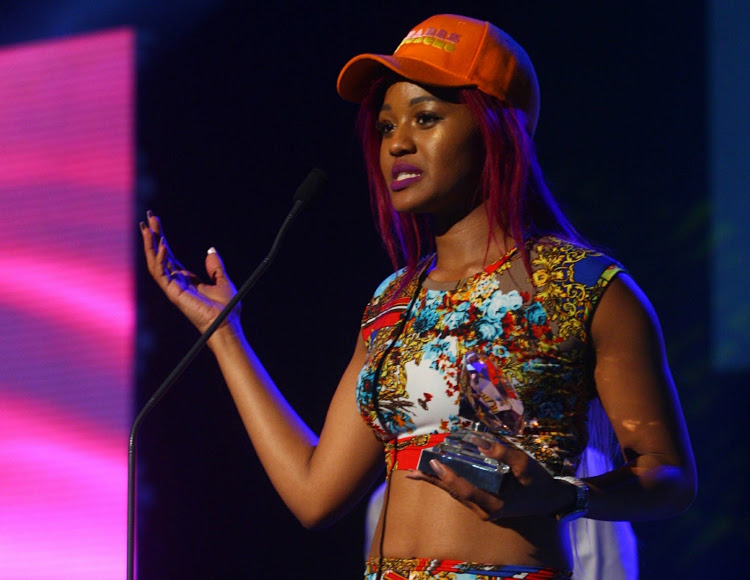 Organisers of the annual Mapopoma Festival scheduled for December in Victoria Falls have been forced to scrap off controversial South Africa singer and dancer Babes Wodumo from the line-up following security threats on her after her recent xenophobia tweets.

Last week, the queen of Gqom music allegedly posted on her @BABESWODUMO___ Twitter account targeting foreigners especially Zimbabweans, Nigerians and also whites saying they should go back to their country.

Babes Wodumo, born Bongekile Simelane, distanced herself from the posts through another micro blogging site, Instagram, alleging that her account was hacked.

This was after a cross section of people castigated her and called on Mapopoma organisers to remove her from the list of artists that had been confirmed for the December 29-31 festival at Vic Falls Sports Club.

Babes Wodumo had apologised saying she was working hard to exonerate herself but alleged the hacker had changed passwords.

“I apologise to my fellow sisters and I will definitely get this over and done with. I’m coming to Zimbabwe,” she said then.

She was meant to share the stage with countrymen, Distruction Boyz and Big Nuz.

Thursday afternoon, Mapopoma organisers said in a statement that a decision had been made to remove her for the sake of her security following undisclosed threats of violence against her in case she played at the December show.

“This serves to advise our valued stakeholders, sponsors and all those that had bought our early bird tickets that Babes Wodumo will no longer be performing at the second edition of Mapopoma Festival slated for Victoria Falls Club from 29-31 December 2019,” read a statement from the festival’s communications department.

It stated that the decision was reached after extensive consultation between Babes Wodumo‘s management and the festival board of directors.

“The reaction that followed henceforth points to the fact that Babes Wodumo’s safety and security at the festival is seriously compromised and as such, it was mutually resolved that her performance be cancelled due to these growing security concerns.

“Mapopoma Festival would like to apologise to all its stakeholders for the inconvenience that arises from this cancellation.”

One of the event organisers, Patrick Musonza, popularly known as DJ Spevar said the other SA artists Distruction Boyz and Big Nuz will still perform.

“The festival is going ahead according to plan and Mapopoma Festival will in the next coming weeks, avail more exciting headline acts that are expected to give revellers a memorable 2019 where we expect to celebrate our culture and embrace the spirit of love and Ubuntu that binds us all as African brothers and sisters,” said DJ Spevar.

The Wololo hitmaker has been in a social media storm before after her break-up with her lover, Mampintsha with whom she later reconciled.

Following the xenophobic attacks that have elicited angry reactions among other African countries, Zimbabwean promoters have moved to also cancel shows by other South African artists, among them, Mafikizolo.