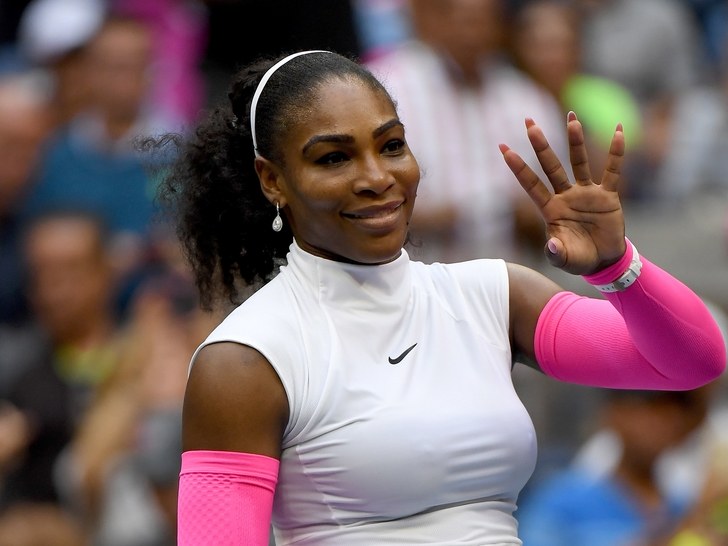 THE return of Serena Williams to Grand Slam tennis after pregnancy has dominated the early headlines at the French Open, but there are plenty of other players who have seen their careers changed by parenthood in recent months.

Williams’ comeback has highlighted the fact that women who return after having a child are treated the same way as those sidelined by injury.

The 23-time Grand Slam champion has seen her ranking slip to 451 and is unseeded in Paris, a decision criticised by many, including Serena’s long-time rival Maria Sharapova and even US President Donald Trump’s daughter Ivanka.

Serena herself, though, has never publicly called for a change to the seeding rules, instead saying the biggest difference for her since becoming a mother is wanting to get away from court a bit quicker.

“The biggest difference is definitely that I’m semi on time (for her press conference) today, two minutes late, because I want to get home and see Olympia, because I have been here all day,” she said after her first-round win over Kristyna Pliskova on Tuesday, her first Grand Slam match since the 2017 Australian Open final when she beat sister Venus while two months pregnant.

Serena’s fellow former world number one Victoria Azarenka was forced to miss the majority of last season after becoming embroiled in a custody battle over her son.

With a current ranking of 84, Azarenka was beaten in the first round at Roland Garros by Katerina Siniakova.

Luxembourg’s Mandy Minella incredibly played while four and a half months pregnant at Wimbledon last year, having found out she was expecting a child just before going out on court.

“It was a real shock. My whole body was sweating and I was shaking but we were happy straight away,” Minella, who also lost in French Open first round, said last July.

– Ferrer points out the negatives –

With the demands of touring the world while playing a very physical sport, parenthood can also have a big affect on the top male players.

David Ferrer, who blew a two-set lead against fellow Spaniard Jaume Munar to lost in the Roland Garros for the first time in his career, pointed out that being a father isn’t all fun and games.

After all, even 20-time Grand Slam champion Roger Federer suffered a knee injury while running a bath for his twins in 2016.

“Being a father is very nice, but it also has drawbacks,” said the 36-year-old Ferrer. “It makes me laugh that many parents only talk about the beautiful, but it’s also hard and there are sacrifices.”

“I see it as an enjoyment, although sometimes it’s tiring, but sometimes there are tiring things that give you energy,” said the world number 75, who will face sixth seed Kevin Anderson in the second round on Thursday.

Azarenka was keen to highlight the physical changes that make a successful return to tennis more difficult for mothers than fathers, while Williams feels that an added emotional attachment brings its own difficulties.

Serena, who suffered life-threatening blood clots after giving birth, added: “Emotionally I think it’s different, because, you know, I’m so emotionally attached to my daughter. Dads are, too, but I actually breast fed for a really, really, really long time, and so I just had this real connection with my daughter.”

The 36-year-old Williams has been very open about becoming a parent, with HBO filming four-part documentary ‘Being Serena’, while her daughter Olympia already has a growing social media following.

But some players, like Latvia’s Ernests Gulbis, would prefer to just talk about tennis.

“That’s a private thing,” said the former French Open semi-finalist when asked about his newborn baby.