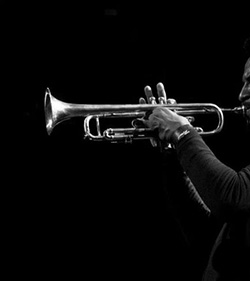 JAZZ music has remained largely a preserve for the elite in Zimbabwe with Jazz musicians choosing to performing at affluent venues and rarely playing to grassroots audience in Mabvuku or Kuwadzana.
This has seen the music genre lagging behind in popularity from other formats such as Zimdancehall, Hip-Hop and Sungura which command huge followings.
But jazz artist Philbert Marova has a dream to take the music to the ordinary man. In May last year, he informally launched the Zimbabwe Jazz Community Trust, with the aim of reviving the music genre.
The Trust was launched with a concert at Theatre in the Park in Harare, which featured jazz luminaries such as Raven Duchess, Friday and Clancy Mbirimi, Bright Chisvo and Marova.
Chairperson of the trust, Robert Clive Basvi, said the organisations is aimed reaching out to the ordinary man through live performances, studio recordings, workshops and seminars and all other relevant and appropriate methods.
“The trust will cultivate the talent of truly interested jazz aspirants and seminar attendees in any community, establish collaborations with the education and performance institution.
“It will employ first rate jazz musicians to mentor interested jazz aspirants, educate and influence music venue owners, promoters, music schools and colleges to promote and preserve jazz culture in its universally understood definitions, help nurture inter-cultural and social conversations and exchanges within a jazz context and connect world cultures through jazz music,” Basvi said.
He said Marova had the foresight and presence of mind to assemble a team of formidable professionals who had various skills which complimented each other and would push jazz culture to every town, city and village in Zimbabwe.
“You have had contact over the years with Filbert Marova, founder of the Trust, and have observed his creativity, fully cognisant of his meritorious work as a jazz artist and as an enabling music educator of young talent,” he said.
Basvi said the Trust had launched the ‘Back to Jazzics’ series of live performances which will be held every Sunday from 4.00 pm to 8.00 pm at the Chez Zandis in the Alliance Francaise Complex.
“The ‘Back to Jazzics’ series seeks to promote root elements of classical jazz and a potpourri of other forms of styles using varied musical instruments including Western types such as violin, the double bass and the trombone and African ones such as the mbira, the marimba and ngoma.”Advertisement

He said the Trust was also in the process of designing and planning programs for the year and beyond, which included seminars and workshops meant to groom and polish aspiring Jazz artists in preparation for the live stage.
The Zimbabwe Jazz Community Trust is fully registered with the Registrar of Trusts and is administered by a Board of Trustees who include Basvi (Chairperson), Thembani Mhambi (Vice Chairperson) Heather Madombwe (Treasurer) Tinashe Mukarati (Secretary) Filbert Marova (Founder) Vambe Jirira and Clancy Mbirimi.