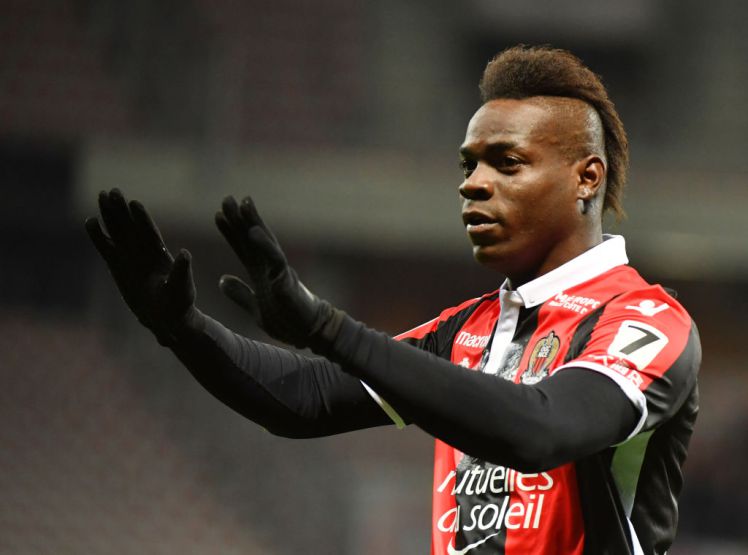 ITALIAN international striker Mario Balotelli said on Monday he wants to return to play in Italy after two years in France with Nice.

Balotelli has scored 39 goals since arriving at the Ligue outfit on a free transfer in August 2016 following dismal spells at Liverpool and AC Milan.

“I’d like to go back to Italy,” the 27-year-old told Calciomercato.com.

“There are many teams following me, but I can say that AC Milan aren’t one of them. There’s no chance of me returning to the Rossoneri.

“Nice? I almost definitely won’t stay, even if I don’t know yet for certain. More than likely, this will be my final season here, despite it being my best one in France.”

Balotelli, who has scored 15 goals in Ligue 1 this season, is out of contract this summer and has been linked with a return to Italy or England.

Balotelli started his career at little Lumezzane before moving to Inter Milan while still a teenager.

He was part of the Inter side coached by Jose Mourinho, now of Manchester United, that won the Champions League in 2010.

He also won three Serie A titles with Inter before switching to Manchester City and helping them claim the Premier League crown.

But subsequent spells with Milan and Liverpool were much less successful before he started to resurrect his career at Nice.

Balotelli has scored 13 goals in 33 appearances for Italy but has not been picked since the 2014 World Cup.