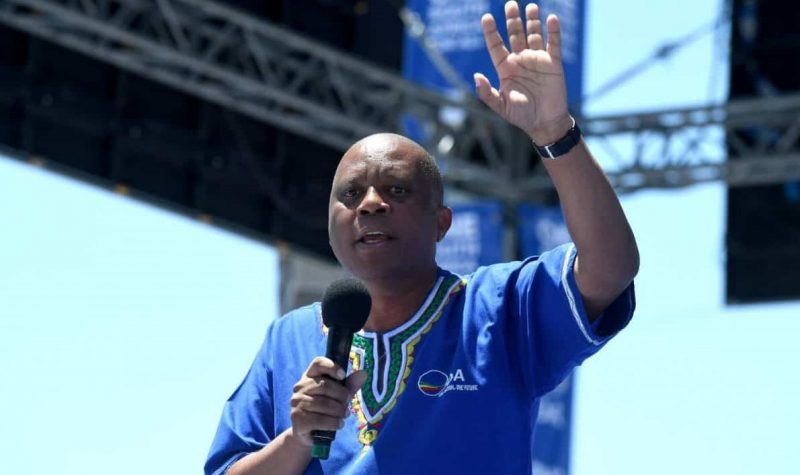 This follows allegations of human rights violations under the Zanu PF led government.

The outspoken politician, who was, until recently a key member of the main opposition Democratic Alliance, also demanded a ban on all senior ruling Zanu PF government officials, including ministers from entering South Africa.

Mashaba was speaking Saturday at the launch of his political organisation, Action SA.

He accused Ramaphosa of ignoring the political and economic crisis unfolding in Zimbabwe before suggesting that senior Zanu PF leaders and government officials should not be allowed entry into South Africa.

“We have a crisis taking place across our border. For years, our government has watched while Zanu PF destroyed the country once capable of feeding much of southern Africa,” the firebrand politician told supporters at the launch of Action SA.

“It is now time for a new approach. We must adopt the strongest and harshest policies against an oppressive government and not punish the people of Zimbabwe.

“This should start by freezing the assets of Zanu PF leaders in South Africa and banning them from entering our country until there is real reform in that beloved country.”

Senior Zanu PF and government officials have in the past been implicated in the externalisation of foreign currency from Zimbabwe and banking it in offshore accounts as well as amassing upmarket properties outside Zimbabwe.

Mashaba said illegal immigration also featured highly on Action SA plans, a policy move that does not sit well with millions of Zimbabweans who are living in South Africa without legal papers.

Vavi is the secretary general of the South African Federation of Trade Unions (SAFTU).

“The SA government has been treating the (Zimbabwe) regime with friendliness, but it is time for the President to pick up the phone and say to Mnangagwa, ‘We will not allow your ministers to come here and get treatment when you have destroyed your health system there, and when Zimbabweans are trapped in a situation where the hospitals have no doctors or nurses’,” Vavi said as pressure mounts for mediation in ending the political and economic crisis in Zimbabwe.

However, Mnangagwa’s administration insists there are no challenges in Zimbabwe that warrant the attention of foreigners while rubbishing rights abuse claims as social media lies.