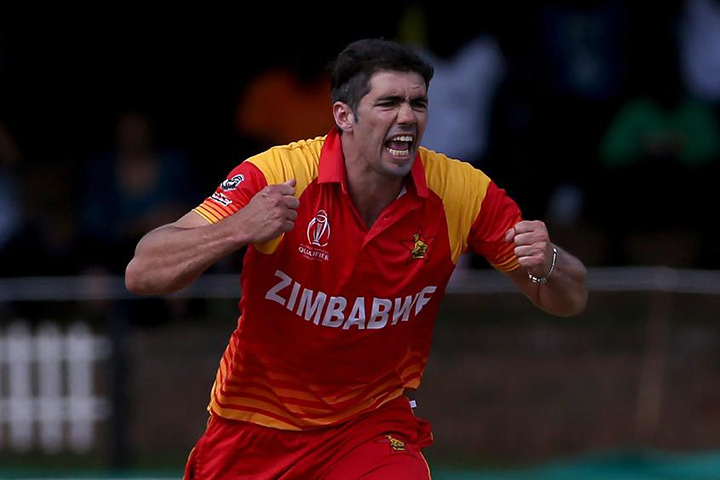 Graeme Cremer, the former Zimbabwe captain, is recovering from a knee injury
Spread This News

AFTER a demoralising tour of South Africa, Zimbabwe are now fully focussed on their latest assignment against Bangladesh, says Hamilton Masakadza.

Bangladesh are hosting Zimbabwe for a three-match one-day international series followed by two Tests. The visitors recently lost a practice game against a Bangladesh Cricket Board XI side ahead of the first ODI, which will be played at Sher-e-Bangla National Stadium on Sunday, 21 October.

“We didn’t have a great time in South Africa and in the match yesterday. We are focused on tomorrow and on what we can achieve on this tour. We can only go up from here. The guys are really looking forward to it. They are really upbeat,” Masakadza, who scored 102 in the warm-up game, said ahead of the first ODI.

“We can expect a very competitive series between two teams that have played a lot against each other and know each other really well.” — @ZimCricketv captain Hamilton Masakadza #BANvZIM pic.twitter.com/0I7JVHunYZ

In all, Zimbabwe have played 72 ODIs against Bangladesh, winning 28 and losing 41, with three abandonments. Of these, 39 have been played in Bangladesh, where the home team have won 27.

Masakadza pointed out that his side have enough experience of playing against Bangladesh in their home conditions, which would be an added advantage for them. “Zimbabwe has played here and against Bangladesh often,” he said. “We are a little bit more familiar with them and the conditions.

“We stand a very good chance as a team, especially when compared to playing against other international teams. I think it will be a very competitive series.”

However, there is one challenge that will be a concern for the touring party’s batsmen – tackling the home team spinners. “It is obviously one of the things you focus on when you play in the sub-continent,” the Zimbabwe captain said. “Spin plays a very big role. We have prepared for it. It is in the back of our minds.

“I have actually played against (Mehidy Hasan, the main spinner in the Bangladeshi squad) quite a few times. We have also watched a lot of him. We definitely know what to expect from him. The main thing is to stay positive and back ourselves. We also have to deal with the challenge of spin. We can go forward from there.”

Helping Zimbabwe’s cause might be the fact that Tamim Iqbal and Shakib Al Hasan, Bangladesh’s stalwarts, are out with injuries, while Zimbabwe have an almost full squad.

Although Bangladesh have a better record against Zimbabwe, Masakadza still feels that his side go into the series as favourites. “I think Bangladesh have improved a lot in the last few years, especially at home. We have played against them quite often, so we still have a very good chance. So in terms of the favourites’ tag, I would still put it on Zimbabwe,” he said.