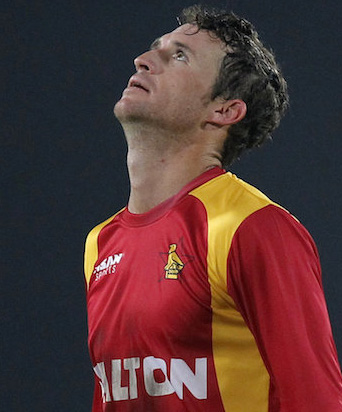 FAST bowler Mustafizur Rahman claimed his third five-for in only his ninth match as Bangladesh swept Zimbabwe in the one-day international series with a 61-run win on Wednesday.
Rahman returned figures of 5-34 to help bowl out Zimbabwe, chasing 277, for 215 in 43.3 overs.
Bangladesh compiled a respectable 276-9.
“This is an exceptional year for us,” Bangladesh captain Mashrafe Bin Mortaza said. “Mustafizur is the great revelation of the year. He continues impressing us and I hope he will keep it up.”
Sean Williams was the highest scorer for the visitors with 64. Captain Elton Chigumbura scored 45, and Malcolm Waller 32.
Williams shared significant partnerships with Chigumbura and Waller, but Rahman ensured there would be no hiccup in their bid to sweep a second straight three-match series over Zimbabwe.
“It is disappointing once again,” Chigumbura said. “We managed to pull back and kept them in the 270s, which I thought chaseable. But we kept losing wickets. That’s frustrating.”
Left-arm fast bowler Rahman, who stormed onto the international cricket scene with consecutive five and six-wicket hauls against India last June, left Zimbabwe in a precarious situation after dismissing openers Chamu Chibhabha (4) and Regis Chakabva (17) for 43-2.
Offspinner Nasir Hossain got Craig Ervine to leave the visitors reeling at 47-3, but Williams came up with solid resistance to raise hopes of avoiding the whitewash.
He shared 80 runs with Chigumbura before the latter was undone by a quicker delivery off legspinner Sabbir Rahman.
Waller also gave handy support, as he and Williams added a further 59 runs to keep the side in contention. Fast bowler Al-Amin Hossain removed Waller to break the threatening partnership.
But the crucial breakthrough came when Mortaza nailed Williams, who hit five fours in his 84-ball knock, with a short delivery.
Zimbabwe was at 186-6 and Rahman stepped up.
He was a hat trick after getting rid of Sikandar Raza (9) and Luke Jongwe (11). Sabbir Rahman caught a stunner to gift Rahman the wicket of Raza, as he ran from mid-on and dived full-length to his left to complete the catch at mid-off.
Rahman still achieved a five-for, taking out Tinashe Panyangara (3) with his stock cutter delivery.Advertisement

For Bangladesh, openers Tamim Iqbal and Imrul Kayes scored 73 each and combined for a 147-run opening partnership.
Their effort was complemented by Mahmudullah, who made 52, his first half-century since the Cricket World Cup, before he was run out on the second-to-last ball of the innings.
Bangladesh would have expected to score 300-plus for the first time in the series after the start by Iqbal and Kayes on a pitch that was a batting paradise, but Zimbabwe fired back with a flurry of wickets.
The opening stand looked set to break the national record for the first wicket of 170 runs, until offspinner Raza confused Kayes with a delivery that had slight turn. Chakabva comfortably did the rest by stumping Kayes, who struck six fours and four sixes.
Iqbal, also comfortable, was undone by a googly from legspinner Graeme Cremer to be stumped at 173-2 after hitting six fours and one six in his 98-ball knock.
Mushfiqur Rahim, the mainstay of the middle order, attempted to keep pushing the score until he, too, was stumped for 28 off 25 balls, attempting to charge offspinner Waller.
Rahim’s dismissal left the onus on out-of-form Mahmdullah to rally the side, but wickets tumbled around him with Zimbabwe bowlers operating with renewed confidence.
Mahmudullah was finally run out on the penultimate delivery, but his 52 off 40 balls was studded by five fours and a six, and put Bangladesh back on top.