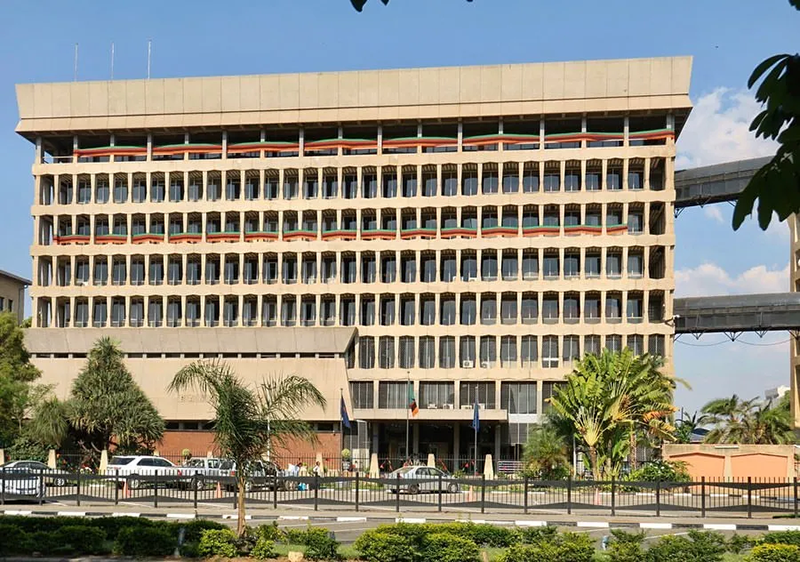 BANK of Zambia’s failure to abide by its agreement to pay US$36,872,799 to Zimbabwean business tycoon Jayesh Shah, in 2014 is set to cost them an additional US$103 million.

Parties had agreed on July 18, 2014 that the bank should pay Shah and his company Al Shams Building Materials Limited the trust funds by October 31 2014 but the former failed to do so resulting in a build up of interest.

Justice Edward Musona sitting as the head of the Zambian Commercial Division of the High Court last week ordered the Bank of Zambia to pay US$139,191,386.74.

Open disregard to their own Zambian Court decisions for over two decades may also raise serious credibility issues with international funders and donors, whether Zambian Central Bank can be trusted to discharge their contractual obligations including the repayments of their loans.

Above all such cases shall certainly test President Hakainde Hichilema’s continued pledge and commitment that “his government will uphold the rule of law at all times.”

In-depth analysis of this recent judgment of Justice Musona found that the Bank of Zambia could have saved at least US$103 million had they abided by the terms of the agreement as interest was to be suspended in 2014 if the payment process had started by paying only US$ 1 million.

Musona said the bank cannot run away from its obligations now.

“The said Dr. Kalinde of the 1st Defendant (Bank of Zambia) proposed a reduction to the interest rate or a freezing of the interest from the date of meeting of the 18th of July, 2014 because the Bank of Zambia was now willing to settle the judgment debt.

“The 2nd Plaintiff (Attorney General) was agreeable to the proposal of freezing the interest provided the bank paid at least a reasonable amount of at least US$1 million to show commitment and also if Bank of Zambia provided a firm repayment schedule within which the full amount would be settled.

“The Bank of Zambia then proposed to pay at least 25% of the judgment debt by 31st October, 2014 because that was the maximum amount which the bank’s cash flow would permit as at that time in 2014.

“The bulk of the amount would be paid in early 2015 because by then the Bank of Zambia would have factored the judgment debt into their 2015 cash flows and would have planned their cash flows for 2015 accordingly. However, the bank did not honour this second agreement and it became clear to the plaintiff that the bank was acting in bad faith,” said the judge.

.http://Zim tycoon wins 24-year legal battle against the Bank of Zambia; set to get US$139 million refund

It is thus clear that Bank of Zambia’s continued failure to act rationally, responsibly and respect terms of agreed settlement in 2014 has ended up in 2022 with this additional US$103 Million in Judgment Debt.

This High Court ruling was upheld by the Supreme Court on March 28 2006.

Whilst upholding the said High Court decision the Supreme Court stated, inter alia, that, “This appeal flies in the face of the Bank of Zambia’s own action of having already made some payments to Shah and his company.”

Court papers show liability for the payment of judgment debt was shifted from First Merchant Bank (in liquidation) to Bank of Zambia.

In that judgement the judges also stated that the Bank of Zambia had started the process of liquidating the judgment debt questioning what then went wrong for them to stop that process.

“Having started the process of paying the plaintiffs, why stop midstream? Why back pedal?”

On February 13 2008 the High Court judgment on assessment held that the Bank of Zambia now stands in the stead of the defunct First Merchant Bank and was bound to settle the outstanding judgment debt.

Also, on July 28 2011 the High Court held that there was an outstanding judgment ordered against the Bank of Zambia which is the Judgment Debtor and that Shah was entitled to enforce a judgement against the bank.

The judge noted with dismay that the judgments were not appealed by the Bank Zambia so there was no reason for the bank not to pay.

Court ruled that at law the one who does not appeal will be accepting the decision of the lower court as binding on them.

The court also ruled that the law proposed a statutory obligation on the Bank of Zambia after decision to liquidate the Bank to return all assets and property.

Musona then concluded with the final nail in the coffin by finding that the bank is the Judgment Debtor.

He added that earlier court’s findings could not be faulted.

“Now therefore, I am satisfied that the Bank of Zambia breached the agreement of 18th July, 2014 made between themselves and the plaintiffs.

Whilst granting leave to the Bank of Zambia to appeal the judge imposed a stiff condition that 30% of the judgment sum being US$ 41,757,416 be first deposited into Court.

The judge said 24 years of litigation was too long and bad governance.