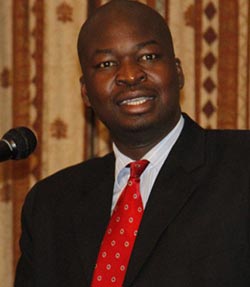 HARARE: Zimbabwe’s bankers, long criticised for the high bank charges often cited as obstacles to promoting savings and use of plastic money, on Tuesday confessed to overcharging their customers.
The confession, appropriately came at a funding raising business meeting hosted by the Roman Catholic Church.
The controversial bond notes, externalisation and cash shortages were among the topical issues the meeting discussed, but it came as a surprise to most guests when top bankers, in a rare public admission, chastised each other while admitting that current bank charges were against efforts to promote financial inclusion.
Zimbabwe’s banking institutions make the bulk of their profits from bank charges when ordinarily, they are supposed to be making money from interest income, which is their core business. Lending has declined as the economy stalled and defaults rose.
The Reserve Bank of Zimbabwe (RBZ) has had to intervene and force the banks to reduce charges and interest rates on loans.
Barclays Bank Zimbabwe managing director, George Guvamatanga, who said he is Catholic, was the first “come clean,” admitting that charges for using plastic money were too high.
In the face of current cash shortages, the public has been encouraged to swipe at point of sale machines.However, most prefer cash due to the high charges levied for swiping.
“We are encouraging everyone to swipe but at the moment the challenge is thatthe cost of swiping is too high, and as bankers in this room we certainly need to look at that urgently,” said Guvamatanga.
“It does not make sense to walk in to buy Ibuprofen (an anti-inflammatory drug) for $2, you swipe and then you are charged (an additional) $2.50. It does not make sense to me as a banker. It does not make sense, my fellow bankers.”
He said the minimum of $10 that bankscharge for Real Time Gross Settlement (RTGS) transactions was “ridiculous.”
“When we say customers must use RTGS, it does not make sense when we charge them $10. That is ridiculous. This is also targeted at the Barclays stable. That $10 is too much,” Guvamatangasaid to applause.
Steward Bank chief executive, Lance Mambondiani, also took to the podium having “seen the light.”
“I share your outrage, it does not make sense that members of the public are charged the extortionate amounts that are charged by some banks, including ourselves. It doesn’t make sense,” he said.Advertisement

Mambondiani announced that Steward Bank, a subsidiary of mobile operator Econet Wireless, would effective Wednesday reduce RTGS charges by 50 percent.
“What I want to say to my colleague George (Guvamatanga) is you need to put your money where your mouth is,” he said, challenging Barclays Bank to also slash bank charges.
The Steward Bank boss challenged the RBZto reduce the $2,80that it charges banks for processing each RTGS transaction.
“Why does the Reserve Bank, that is trying to promote use of plastic money, impose a residual fee of $2,80 as a minimum charge?” Mambondiani queried.
“Bankers need to review their charges in as much as the central bank that is providing that platform needs to review its owncharges. We need to make sure that we carry the burden together.”
Infrastructure Development Bank of Zimbabwe chief executive, Thomas Sakala criticised bankers for the high charges, which he said were used to finance perks for executives.
Banks have long argued that investing in the infrastructure required to allow efficient electronic payments will cost money, and have unsuccessfully pleaded with government to share the burden.